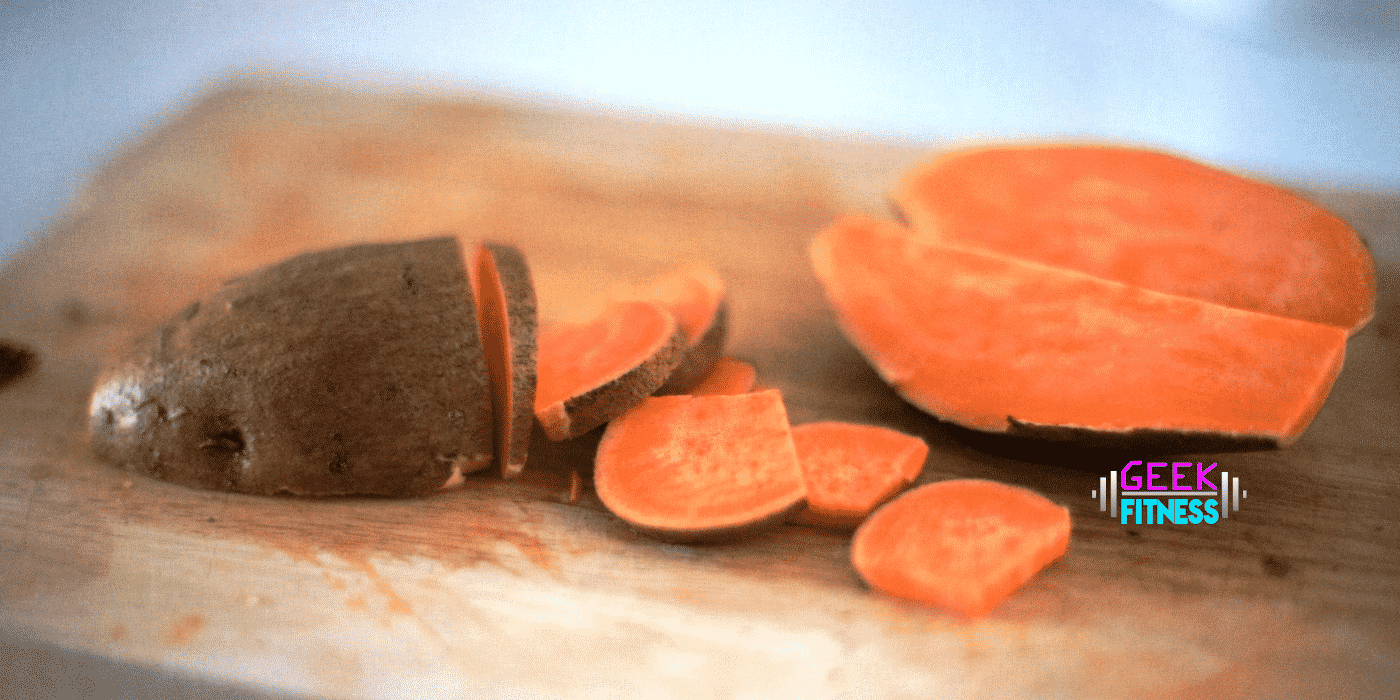 The Best Sweet Potato Recipe Ever: Twice-Baked with Cheesy Jalapenos

In our house, we eat a lot of sweet potatoes, and this is my favorite sweet potato recipe. It takes maybe 10-12 minutes, and it costs very little money (or effort!) When things are tight, this recipe helps us get some quick, cheap meals in.

Lots of times, we end up foregoing the milk and most of the cheese, too. Sometimes, we just smash up the sweet potatoes innards, add some peppers and spices and throw whatever leftovers we have into the mix as a topping.

This is a really versatile meal, and when we get people to try it, they’re amazed you can do stuff with sweet potatoes that’s not just marshmallows and cinnamon. In fact, I think they’re a lot better savory instead of overly sweet.

Except for sweet potato pie. Because…well, because it’s friggin’ delicious.

Even if you’re not a fan of sweet potatoes (and I wasn’t before this recipe), it’s worth giving a shot and trying. If you love it, you’re welcome. If not, then I’m terribly sorry. But at least you tried! Like I tell lots of people, the worst thing that can happen is that you spit it out.

Feel free to reach out and let me know your favorite sweet potato recipes! I’d love to hear from you!