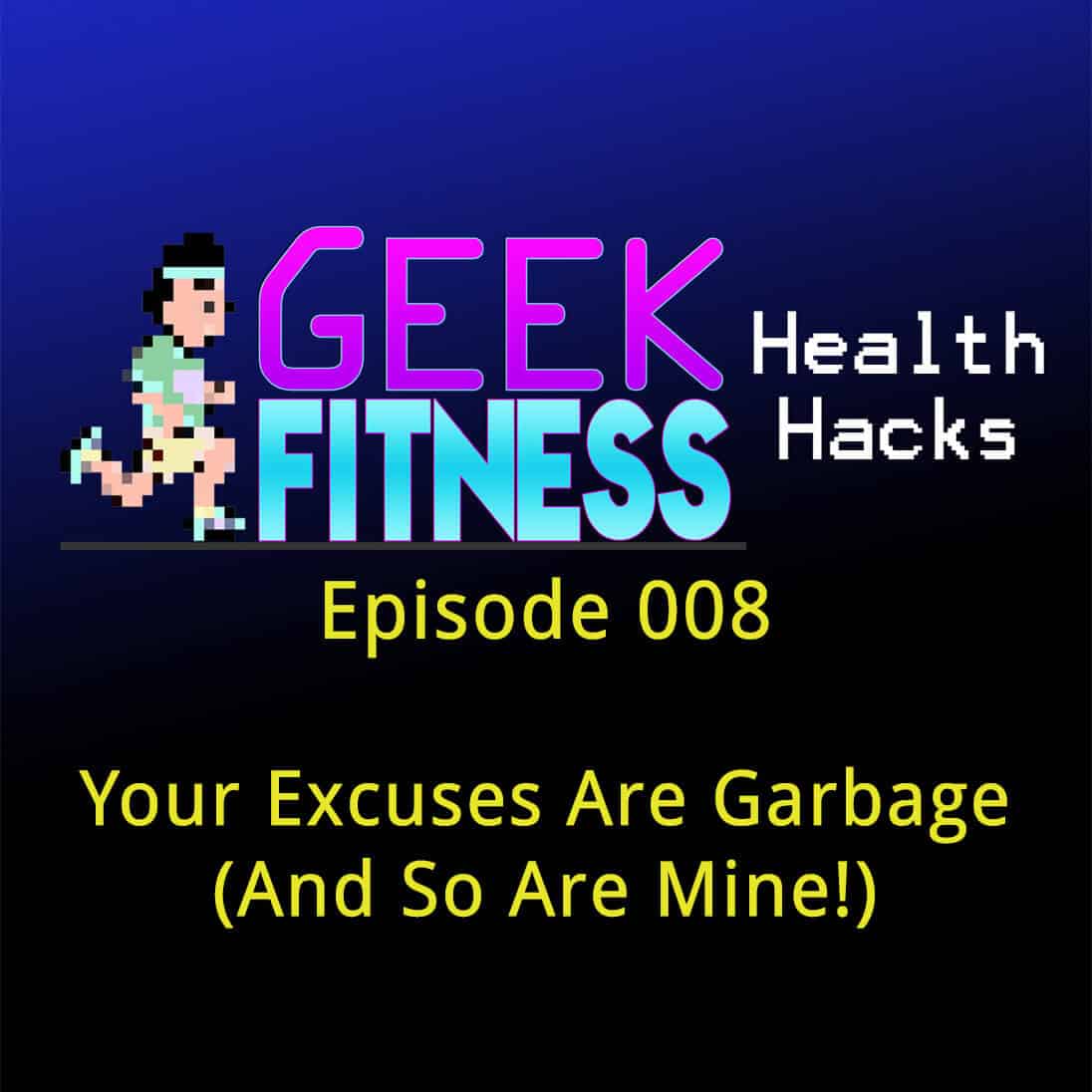 Your Excuses Are Garbage (And So Are Mine!) – Geek Fitness Health Hacks, Episode 008

Press play below to listen to the episode, or check it out here if you can’t see the download. Additionally, you can find GFHH on iTunes,Stitcher, and YouTube (or whatever your favorite podcasting service is!)

The thing is, though, we make excuses so that we don’t have to show up, and then we delude ourselves into thinking we’re totally present and engaged in our lives, when in fact, we’re just going through the motions. We’re just phoning it in and making excuses for ourselves.

And half the time (and let’s be honest here–it’s probably way more than that), we don’t even realize that we’re making excuses. We think that we are being totally and completely rational and justified in our delusions.

The main excuse any of us make is that we just don’t have enough time in our busy schedules to do whatever it is we need to do to take care of ourselves.

Because I guarantee that we have time. There have to be 15-20 minutes every single day that we’re not doing anything worthwhile. Because there are things you can do to make your life healthier and happier that you could be doing instead.

It’s is hard. It can take a ton of willpower to get and stay motivated. I want to tell you that it’s worth the effort. But I don’t know that for sure. I can only assume it is. Hope it is.

What I can tell you for sure, though, is that the excuses you’re making to avoid putting in that effort to see…well, they’re garbage. Just like mine have been for a very, very long time.

BEEJ’S SOMETHING OF THE WEEK!

Feel free to reach out to me! I’d love to hear from you!

Geek Fitness Health Hacks is part of the Geek to Geek Podcast Network. Check out our other podcasts and bask in the awesomeness!