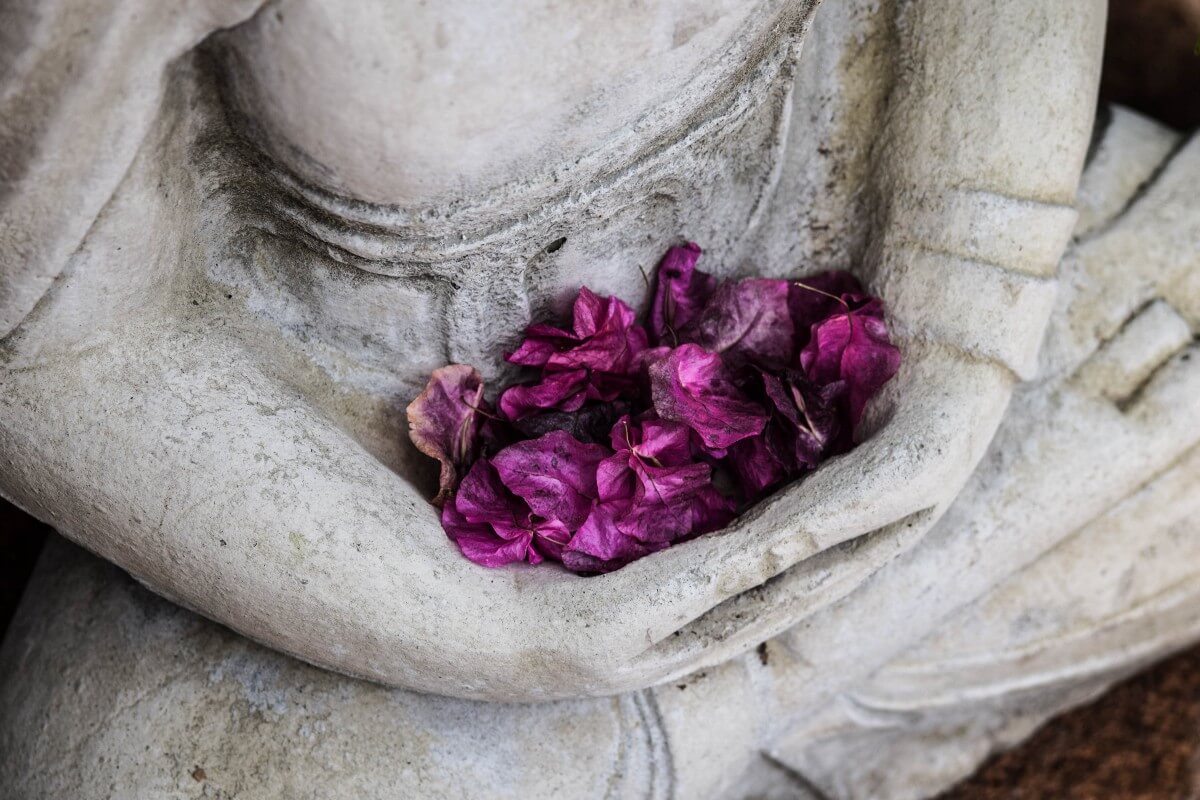 How lucky we are to be alive right now

[vc_row][vc_column][vc_raw_html]JTNDY2VudGVyJTNFJTNDYmxvY2txdW90ZSUyMGNsYXNzJTNEJTIydHdpdHRlci10d2VldCUyMiUyMGRhdGEtbGFuZyUzRCUyMmVuJTIyJTNFJTNDcCUyMGxhbmclM0QlMjJlbiUyMiUyMGRpciUzRCUyMmx0ciUyMiUzRUxvb2slMjBhcm91bmQlMjBhdCUyMGhvdyUyMGx1Y2t5JTIwd2UlMjBhcmUlMjB0byUyMGJlJTIwYWxpdmUlMjByaWdodCUyMG5vdyUyMCUzQ2ElMjBocmVmJTNEJTIyaHR0cHMlM0ElMkYlMkZ0d2l0dGVyLmNvbSUyRmhhc2h0YWclMkZIYW1pbHR1bmVzJTNGc3JjJTNEaGFzaCUyMiUzRSUyM0hhbWlsdHVuZXMlM0MlMkZhJTNFJTIwJTNDYSUyMGhyZWYlM0QlMjJodHRwJTNBJTJGJTJGdC5jbyUyRmZhU21yc0lYUGMlMjIlM0VwaWMudHdpdHRlci5jb20lMkZmYVNtcnNJWFBjJTNDJTJGYSUzRSUzQyUyRnAlM0UlMjZtZGFzaCUzQiUyMEhhbWlsdG9uTHlyaWNzJTIwJTI4JTQwSGFtaWx0b25MeXJpY3MlMjklMjAlM0NhJTIwaHJlZiUzRCUyMmh0dHBzJTNBJTJGJTJGdHdpdHRlci5jb20lMkZIYW1pbHRvbkx5cmljcyUyRnN0YXR1cyUyRjY0ODM3NjgwNDkwMjg2Mjg0OCUyMiUzRVNlcHRlbWJlciUyMDI4JTJDJTIwMjAxNSUzQyUyRmElM0UlM0MlMkZibG9ja3F1b3RlJTNFJTBBJTNDc2NyaXB0JTIwYXN5bmMlMjBzcmMlM0QlMjIlMkYlMkZwbGF0Zm9ybS50d2l0dGVyLmNvbSUyRndpZGdldHMuanMlMjIlMjBjaGFyc2V0JTNEJTIydXRmLTglMjIlM0UlM0MlMkZzY3JpcHQlM0UlM0MlMkZjZW50ZXIlM0U=[/vc_raw_html][vc_column_text]Of all the lines in Hamilton that I relate to and can apply to my own life, this single, often-repeated line really sums up where I am mentally right now: Look around, look around at how lucky we are to be alive right now. I coudn’t think of a better way to start out a post like this.

Most of you know that I struggle pretty regularly with anxiety. That’s why I haven’t been putting out the Health Hacks podcast for the past little while–I had a really bad episode of anxiety that was spurred by a new doctor who wouldn’t listen to me about my medication history, and I basically went AWOL from life for about 2 months because of that.

While I’m pretty okay now, it has been a hard road. My family and I have dealt with a lot because of it. Outside of getting back on the medicine that helps (Lamictal and Cymbalta) and off the Prozac that makes my brain turn into a fiery death-pit of misery (which I told that to the new doc, and he didn’t listen to me), my immediate focus is behavioral change.

I see a counselor twice a month, and she really stresses two things:

The first one is really hard. Really, really hard. And the second one is right up my hippy-dippy alley. I firmly believe that goodness inspires more goodness. That being hopeful precipitates positivity and engenders goodwill.

With that in mind, the recent political landscape in America has made me very uneasy. The negativity that comes rushing from the media is really affecting my mood and colors how I view the world. So I’m not watching any of the remaining debates, I’m working on staying off Facebook (except for the pages I manage), and I’m going to be monitoring the people are media I surround myself with.

Because not only is it important for my own mental health to remain positive, I believe that is important to the people around me and with whom I associate, and in turn, it is important to something much greater than I am.

From now on, I’m making a commitment to my own mental health to see the good things in live, surround myself with them, and do better. I’m already seeing the change in myself.

The night of the first US presidential debate really affected me. Seeing the hate and negativity coming from people I know are rational, compassionate people made me do a lot of thinking. And I came to a single realization, wrote it up as a Facebook post, and then subsequently posted it on Medium.

I’m gonna share it here, too, with all of you, because of anything that I’ve been through health-wise over the past few years, this is one of the most important realizations I’ve had. Because it’s very easy to fall in line and just do what’s easy.[/vc_column_text][vc_separator][vc_custom_heading text=”Do Better” font_container=”tag:h2|text_align:center” use_theme_fonts=”yes”][vc_single_image image=”3356″ img_size=”full” alignment=”center” el_class=”img-responsive”][vc_column_text]

I don’t think we are going to watch any more of the Presidential debates. Nor am I going to be reading a lot about the racial and civil unrest around the world. But it’s not because I don’t care. It’s the exact opposite. It’s because I do. A lot.

The nature of the coverage these events get is not good for us. And we can’t let that amount of negativity into our lives. It’s noxious and emotionally corrosive. Instead of focusing on the hate, vitriol, and toxicity, we’re focusing on the good things we have. Each other, our friends, our family.

Everyone of us is a sum of the things we let into our lives. I’ve had enough bad happen in the past year to recognize that it hasn’t been coincidence. I believe a lot in shared experience and outward, projected compassion.

The world can be a better place than it seems right now. But not if we keep letting ourselves be washed in fear. We can’t keep being swept up in anger. And we certainly can’t be weak enough to hate. Ever.

A good friend told me that we’re the sum of the 5 people we spend the most time with. That’s very true, the more I reflect on it. We are also a sum of the media we consume, the urges we give into, and the thoughts we put out into the world unchecked. We all influence others as much as we are influenced, maybe even more so. Think about that.

So make that influence count for something. Be someone who makes a difference. Do better. Be a part of someone’s best 5 people. Do better. Surround yourself in positive media, people, and thoughts. Do better.

By avoiding the kinds of negativity, ignorance, and cynicism that are broadcast so often, I leave much more room for hope and light. I have done a lot of reflecting on the current state of things lately, both personal and global, and the end result I come to — no matter which path of logic and decision-making I take to get there — is that it’s a conscious decision to do better. But it won’t happen on its own.

It can’t. We have to be willing to do better. To be better. To see that we aren’t the only ones here. That there are 7 billion people out there, and each one of them is equally as important as we are. When looking at it from that perspective, it makes me hopeful. Because I believe there is good in people. And we can feel that good if we try. We can grow from it and become enriched. Enlightened.

We just have to open ourselves up to it. We have to be willing. And finally, after going through hell and back over the last year to get to this point, I’m finally totally willing to open myself up and out in the work I know it’ll take.

I’m ready to do better. To make things better. I am choosing to surround myself with good people and good things. Because there are so many things fighting against the hope I need. I’m choosing to feel the compassion and love I know is out there, that other people are projecting. I just had to be willing to let myself feel it. And I finally am. Because I choose to.