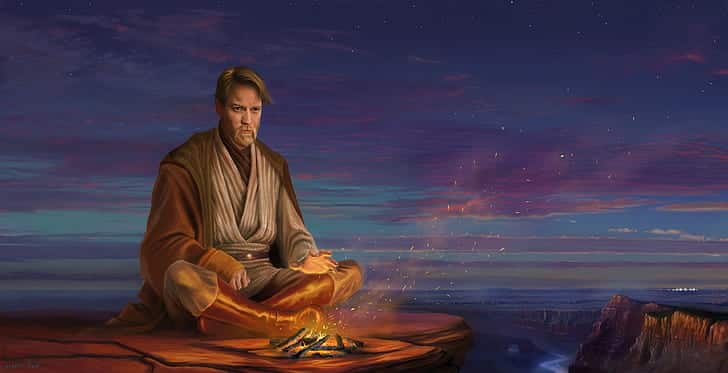 Recently, I’ve had a harder and harder time focusing while I meditate. I make sure to take time to sit every day, but it’s been pretty difficult to keep my focus on my meditation. I’ve followed my thoughts down the rabbit hole a lot and been unable to really come back to center.

I thought maybe this would be a good time to give a mantra a shot. I have never been one for mantras. I don’t like to chant or anything like that when I’m meditating or doing yoga. Om shanti isn’t really my thing.

So I came up with my own:

Since my primary issue in terms of mindfulness is being present and not rushing off into a gazillion different directions, those two words have helped immensely the last few weeks.

I inhale and lightly say be in my mind.

And that’s it. I repeat that over and over. And far more than om or shanti or even I’m breathing in/I’m breathing out (which has worked in the past as an object of meditation), I’ve been able to keep my mind focused and present and let the waterfall of my mind just pour around me while I stand behind it and watch.

It’s been exhilarating, honestly. On top of single-tasking–which means I leave my phone out of the bathroom and bedroom, focusing on my oatmeal and coffee, and doing everything I can to limit the number of tabs I keep open on my computer–being able to find a simple mantra that’s not too hokey has really helped me focus in on where I am right now.

Because that’s where I need to be. Right here. Right now.

And I am becoming a big believer in the Law of Attraction–not in a The Secret kind of way, but a good-things-beget-good-things, karmic kind of way. By reminding myself to simply be here, I am helping invite not only mindfulness into my life, but positivity and optimism and clarity that comes from being able to focus on what’s really important.

I listened to a podcast today that made the assertion that people can train themselves to be happier.

I love that idea.

So this is me trying. Right now. Right here.