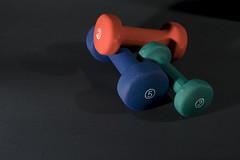 Howdy, folks! I just wanted to take this opportunity and let you all know how things are going in the Magical Land of Beej.

Over the past few weeks, I decided to start really focusing on Geek Fitness. I mean, I work out more and feel better when I’m writing here, so I figured that I need to step it up and try to boost the blog’s readership and subscribers. There are a lot of issues with RSS these days (including the shutdown of Google Reader), and the WordPress email subscriptions leave a lot to be desired.

So after a bit of research, I decided to start using MailChimp. All you guys have to do is opt in, and you can get every Geek Fitness post delivered to your inbox. So click here to subscribe (please!), and let me thank you in advance for joining me on my–our–quest to health and fitness.

Since last week, I’ve been trying to up my weekly mileage. The humidity has been nasty here in Tennessee (90+% at 6-7am), so it’s been a real struggle, especially since I’m fighting asthma, too.

I know that the humidity and heat really sap me. I just have to tell myself, “Suck it up princess.” So today, I’m going to suck it up. I’m hitting a running store for energy gels to pop when I feel empty.

7.5 miles at a stretch is great, but that’s still 5.7 miles away from my goal distance for a half-marathon. I think that between interspersing walking with my runs (thanks, Nazaniel!) and bringing some pick-me-ups in the morning, I’ll do okay to hit that 13.2 miles well before fall.

Legacy is (almost) a Novel

Geek Fitness isn’t my only writerly focus. After a couple of false starts and stops and a pretty substantial restructuring, Legacy, the third book in The Technomage Archive is sitting at 48,000 words. At 50k, it’ll break the lower threshold of what’s considered a novel. That will happen tomorrow.

Even as a first draft, the book is nowhere near done, but after tomorrow, at least I will be far enough along that I won’t feel too bad to settle in and do some major editing on Book 2, Lineage.

I think that’s about it for me. How is your summer treating you so far?