End of the Road? Not Hardly. 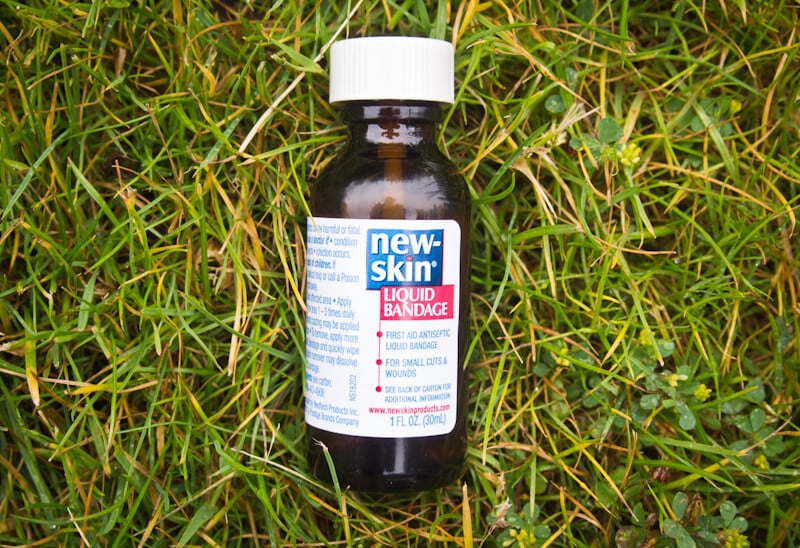 Well, summer’s very nearly over, and school is ramping back up. I go back to teaching in about two weeks, which means my training no longer gets to be a major focus–it gets to be worked in around my class schedule and office hours.

It also means that my time as a New-Skin ambassador are coming to a close, and that makes me kind of sad. This summer has been a fantastic journey in terms of my fitness quest, and New-Skin has really helped me push through some uncomfortable barriers.

This past week, I ran my first 10-miler (in 98% humidity!), and it was a nightmare. I felt terrible afterward, and because the weather was wearable, my body chafed in ways it’s never chafed before. So I threw some anti-chafing spray on my under arms and around my waist and was very thankful that I still had a bottle of it left.

With the Tennessee humidity being so nightmarish this time of year, being a part of #TeamNewSkin really has helped. I mean, I’m all about preventative measures, but I don’t really keep a terribly well-stocked medicine cabinet. Thanks to this New-Skin program, I’ve been able to avoid and take care of blisters and raw spots from chafing before they become a real issue and kept me from being ready for my half-marathon this October.

I also started weight lifting recently, working on the StrongLifts 5×5 program with a buddy. He’s been ramping up his fitness, too, and because of the humidity in our area, he complained about chafing. So I immediately went to my stock of New-Skin stuff and handed him a bottle of the anti-chafing spray.

He looked at me weird, asked me, “seriously?” and I shrugged. I told him it really did work for me, even though I felt like a goober for hawking the stuff at him. But long story, short…he tried it, it worked, and now we’re moving into the third week of our 5×5 program without having to worry about injuries and annoyances from the other half of our fitness routine.

Like I said, my time as a New-Skin ambassador might be coming to an end, but my training certainly isn’t. I learned a lot this summer about pushing through boundaries and trying new stuff that I’m not entirely comfortable with. I’m kind of a pansy, so whenever something hurts, I tend to stop.

I’m really happy that I had the chance to get a couple of products that prevented that kind of hurt (or maybe acted as a kind of buffer or even placebo) to keep me pushing forward. Before this, I was so scared of blisters and bloody nipples that I kept to my comfort zone. Just knowing there were things that would make those kinds of things easier to deal with helped a lot.

So this fall, I have a half-marathon in October, and I fully intend to keep working on 5×5 lifting beyond that. I want to be stronger, faster, in better health–and not scared of the minor physical ticks that come with being in shape. This summer was a great time to really dig in, push myself, and get a strong base so that I can stick with it when teaching and administrating get hectic.

How did your summer training go? Did you meet or exceed your goals?

New-Skin® has been providing active skin protection for over 100 years. New-Skin® Liquid Bandage can be used to help prevent bacterial contamination in minor cuts and scrapes and New-Skin® Anti-Chafing Spray prevents and soothes chafing and blistering from friction or rubbing.