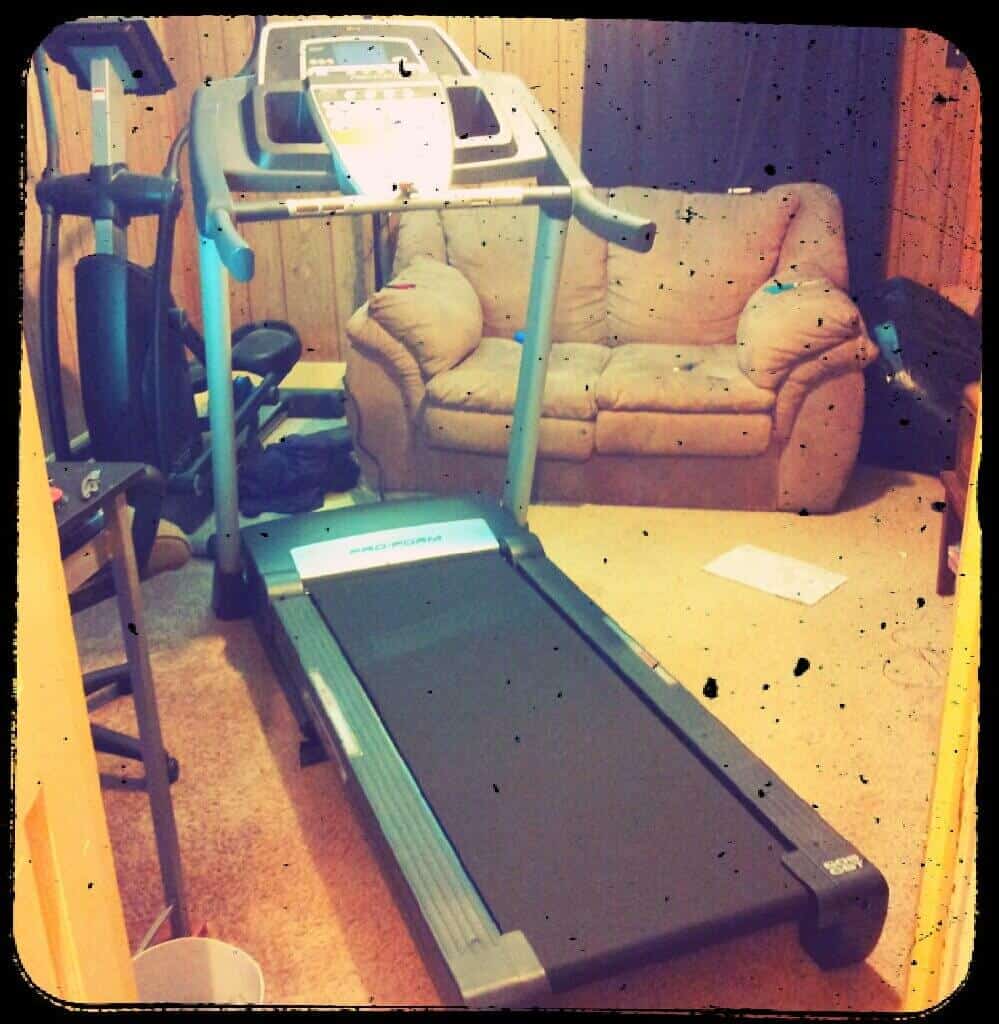 After an evening of fighting with my new and unassembled treadmill, I got a chance to go for a run the next morning.

And it beat me like a Wookiee in the spice mines of Kessell.

I made it through my run, did about 3.5 miles on it, but it was slow. Really slow. And I felt miserable pretty much the whole time. When my wife tried it, she had the same problem and couldn’t really keep up, either.

The problem, as I see it, is that we spoiled ourselves by running outside too often. Neither of us have been on a treadmill in months–from late September to just this week. And in coming back to my new Proform 505 CST (affiliate link), I learned a few lessons about how I run.

Lesson 1: I Suck at Keeping a Steady Pace

My 5K time was 27:12. Not too bad for my first race ever. My best 5K time during training was right at 23 minutes, and my average was around 25. Since then, I’ve run somewhere between 25 and 27 minutes consistently.

On my new and shiny treadmill, my time was 31 minutes. That’s absurd. I was running significantly slower than I was before, and I was way more out of breath.

Because I suck at maintaining a steady pace. After going back and looking at my RunKeeper stats, I verified it. My outside pace varied wildly–sometimes by up to 2 minutes per half-mile–even if my average pace was faster. I run slowly for a few minutes, followed by bursts of speed, then I slow down again, then I burst again.

So I’m going to have to suck it up and get back on the treadmill more often–because my pre-October runs were much more steadily paced. Especially if I want to hit the 13.1 in October of this year.

I kept hearing that, but I never understood it until now. Once I realized that it was my pacing that was off, that my pacing made the treadmill so much harder to use, I began thinking about how my phone’s GPS is useless.

Sure, it tells me my average pace, and it’s a pretty good gauge overall, but if I want to keep a consistent pace, that 60-second average doesn’t really help me any. Case in point: being Wookiee-whipped earlier this week.

I know I should invest in a GPS watch eventually, and once the weather warms up and I can get outside 3-5 times a week and off the treadmill, I probably will. Because after the trouble I’ve had just keeping a steady 8:30 pace on the treadmill, I’m going to need as much help as I possibly can in keeping that for 13 miles.

And my lovely Galaxy Note…just won’t cut it. It’s fine for generalized tracking–distance and speed and average pace–but when you’re getting into second-by-second pacing, phone GPS just can’t cut it.

I can’t wait to find out what next week and getting back into my three-runs-a-week schedule can teach me. #ohnoez

Have you folks had any experience in shifting between outdoors running and treadmill? What tips and tricks have you picked up along the way?