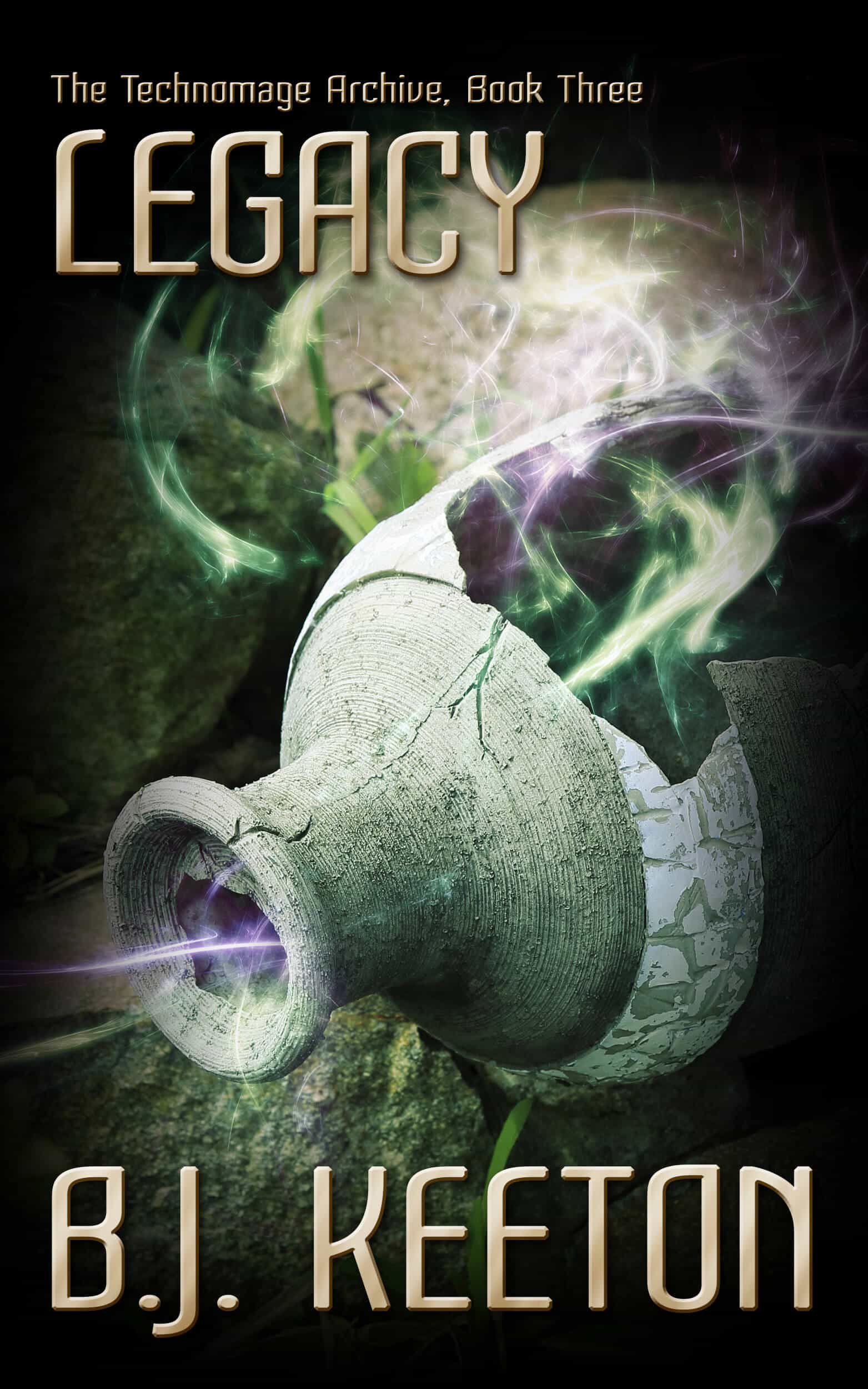 Legacy is now available for pre-order on Amazon Kindle!

At long last, the third and final installment of The Technomage Archive is up for pre-order! On July 1, my first sci-fi trilogy will be complete, and that wouldn’t be possible without support from all of you folks.

We started with a wonderful Kickstarter campaign for Birthright (which is now free on Amazon, by the way!), and you all just blew me away with 155% funding. And now, three years later, the trilogy is finished.

I can’t thank you all enough for your help and support through these years. If you’re interested, head over to Amazon and grab a free copy of Birthright, and if you think it’s as awesome as I do, why not grab Lineage (Book 2) and pre-order Legacy to round out the set.

I may be a bit biased, but I don’t think you’ll be disappointed.

For those of you just joining the party (and welcome, by the way!), you may not know what The Technomage Archive is all about. Well, the way I tell people is that it’s the series I always wanted to read, a trilogy that reads like Star Wars and The Lord of the Rings had a baby. It’s an epic fantasy story set in an awesome sci-fi world.

If you’re intrigued, be sure to check out Book 1, Birthright, which is free on Amazon and all other major ebook retailers around the interwebs. Here’s the back cover blurb for Book 1:

Damien Vennar used to be a god.

As a technomage of the Archive, Damien had the power to create entire universes. Then, five hundred years ago, he gave it all up. He suspended the nanites that made up his bloodstream and began to age—and eventually die—like anyone else. For centuries, Damien has lived among those who once worshiped him, his real identity fading into myth and legend.

Hundreds of years later, when Ceril Bain finds Damien’s old sword buried in his grandfather’s garden, he is put on the fast-track to follow in Vennar’s footsteps. Over the next six years, Ceril trains as a technomage aboard the Inkwell Sigil, a ship with the ability to travel between dimensions. Just as Ceril is preparing to undergo his Rites and finish his training, the Inkwell Sigil loses power. Stranded in space with no way back home, Ceril and four of his classmates are given their final assignment: go into uncharted territory, find a way back home, and bring back the one person who can fix the ship—Damien Vennar himself.

While away, Ceril and his team find themselves in a predicament when they confuse an attempt at first contact with an attack and kill two of the world’s winged inhabitants. They are shortly captured and imprisoned, and the only thing keeping them alive is their angel-like captors’ belief they may be the subjects of an ancient prophecy about a group of magic-wielding messiahs. But that’s impossible. Isn’t it?