3 Things You Have to Know About Kettlebells 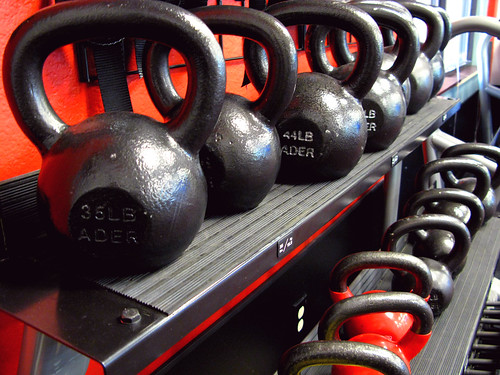 Since I injured my hip, I haven’t been able to run.  That doesn’t mean that I’ve been inactive, however. I have been really digging into lifting lately, with most of my strength training coming from my handy-dandy kettlebells.

I was doing the StrongLifts 5×5 program, but its baseline lift is the back barbell squat, and my hip just can’t take that kind of pressure right now. So I turned to my kettlebells and have steadily been improving my form and strength while learning quite a bit about the devilishly simple little things.

They aren’t dumbbells. Don’t treat them like they are.

Dumbbells are versatile but not dynamic. You can do a lot with them, but mostly a dumbbell is going to be used for isolation exercises. You can do bicep curls, shoulder presses, or triceps extensions, but unless you’re getting crafty, each lift works only a specific muscle or narrow set of muscles.

Kettlebells, on the other hand, are dynamic and lend themselves to compound movements. You don’t stand still while using kettlebells. You swing them, you clean them, you press them, or you squat them–and sometimes, you’re doing all of that in a single rep. What you don’t do is curl them like a dumbbell.

Kettlebells are made for ballistic training, where you’re constantly moving and shifting the weight, and your body adapts to the weight, thus building strength. The cannonball-with-a-handle design is part and parcel of that. Unlike dumbbells, the weight’s center of gravity isn’t evenly distributed–unless it’s moving.

Sure, I guess you technically can do static isolation exercises with a kettlebell, but at that point, you’re better off financially to just use dumbbells. Pound-for-pound, they’re usually about 1/3 the price of kettlebells. 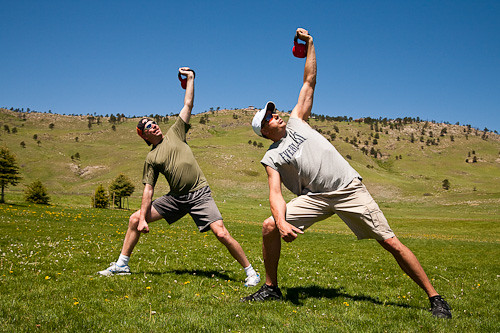 You Have to Start Slow.

Like I said previously, kettlebells can be awfully pricey. I’ve been incredibly lucky in that I only paid $40 for a 25-pounder, and $43 for 35-pound piece of awesome on Amazon (including shipping!). I expect my next weight increase to be double that cost, at least.

Most people told me I was silly for wasting the money on a 25-pound kettlebell because I’d be replacing it so quickly. And in one way, they were right. Once I started really focusing on lifting, I moved beyond 25 pounds within a month.

But I am damn glad I started with a lower weight, or I’d have injured myself something hardcore.

Like I said above, kettlebells aren’t dumbbells. While form is important to any weight training, with dumbbells, proper form is more about making sure you isolate the desired muscles. The most common way to use wrong form on dumbbell curls is to put too much of your body weight into the movement. Basically, you make it easier on yourself by using momentum instead of pure muscle strength. This mistake is why it’s better to curl sitting than standing.

With kettlebells, however, bad form will do more than just slow your progress. If you clean a kettlebell wrong–especially if it’s too heavy–you can bruise or break your arm. The motions are smooth and fairly simple to do, but they take practice. The first day I used my 25-pound kettlebell, I bruised up my forearms so badly I could barely make a fist the next day. Instead of the fluid flipping motion cleans require, I was flipping a 25-pound weight over my fist and slamming it into my arm midair.

And don’t even get me started on how poorly I was swinging the thing. I didn’t realize the upward motion came from popping my hips and tightening my glutes. I was swinging with my arms and lower back, which also meant that I was using/straining all the wrong muscles in all the wrong ways.

Once I read a little more and watched a few videos, I realized what I was doing wrong and have since become much better and stronger because of it.

From one kettlebell beginner to another, this is my advice: spend a week doing nothing but 5 sets of 10 swings with 2-minute rests between sets. That’s it. After that, if you’re feeling frisky, practice cleaning the kettlebell and putting it back down to rest. Do alternating sets of 10 swings and 5 cleans (or however many you can do with proper form). Then add presses to your cleans.

Work up to new exercises and motions slowly with a weight you’re not afraid of. For me, that was 25 pounds. 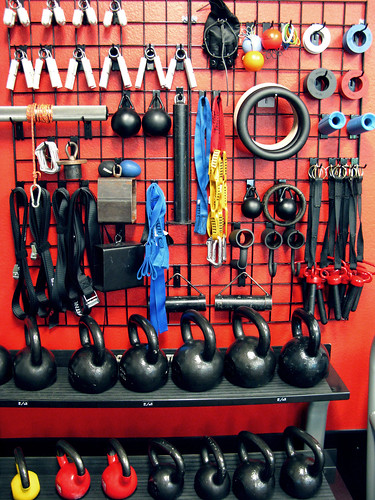 They aren’t the supremely ultimate pinnacle of exercise and fitness.

They’re just heavy balls with handles. Seriously. There isn’t anything magical about them.

Just picking up a kettlebell isn’t going to turn you into a superhero.

They’re fun, and I’m enjoying them way more than I have any other kind of weight training (yes, even more than the super-heavy lifting in the StrongLifts 5×5), but they’re not the only way to achieve your fitness goals. You can lose weight and gain muscle using any number of techniques, and most of those actually don’t involve kettlebells.

But you should try them. If you enjoy them, they might kickstart your training to a new level. Or you might hate them and realize that ballistic training isn’t something you’re cut out for.

But that decision should be based on your actual experience with the equipment, and not some cultish rhetoric that you’ve read on the internet or heard some dudebro spew at the gym.

In the end, only you know what you like and what works for you. Some people adore isolation exercises and high-weight/low-rep training. It definitely gets results and builds muscle mass. Personally, I get bored by that kind of training very quickly. Which is why I started running–I like the feeling of being constantly in motion.

To me, kettlebells are the weightlifting equivalent to that. My heart rate stays elevated, and I’m building muscle mass and functional strength.

And honestly, what’s not to love about slinging around a cannonball by its handle? It’s just friggin’ fun.

Have you tried kettlebell training? What’s your take on it?