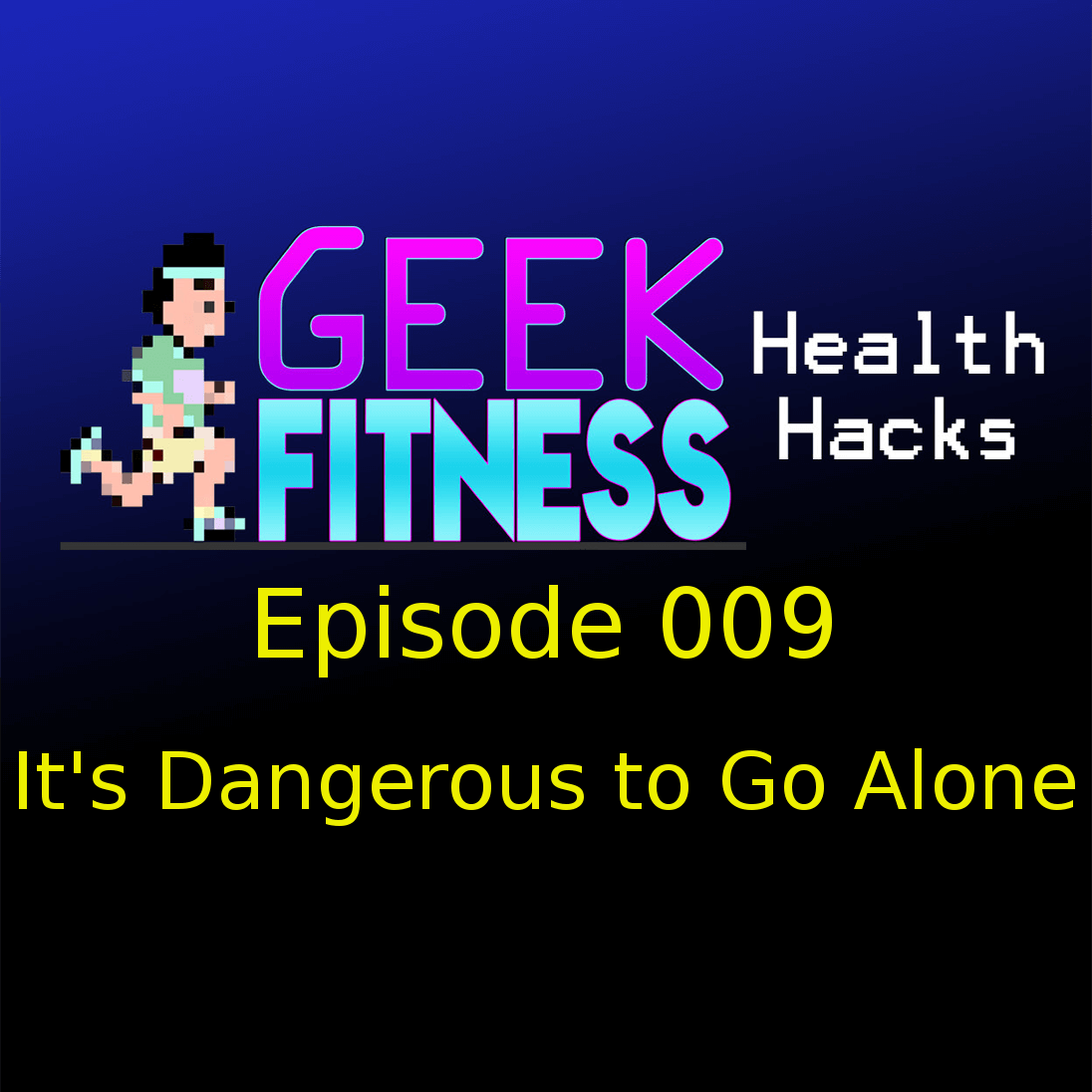 Press play below to listen to the episode, or check it out here if you can’t see the download. Additionally, you can find GFHH on iTunes,Stitcher, and YouTube (or whatever your favorite podcasting service is!)

Like that old dude in the cave said in The Legend of Zelda back on the NES, “It’s Dangerous to Go Alone.” And honestly, it kind of is. As you embark on your fitness quest, the most dangerous thing you can do is try to do this solo.

Just like in a video game, if you try to take on the fitness dungeon alone, you’re probably gonna wipe.

So you need to look for people to party up with!

SOMETHING OF THE WEEK

Remember, you can get 50% off your first month of Team Treehouse by going to http://treehouse.geekfitness.net, and you can also support the podcast by checking out my new Patreon! For a quarter a week, I’ll give you a hug. Seriously.

Feel free to reach out to me! I’d love to hear from you!

Geek Fitness Health Hacks is part of the Geek to Geek Podcast Network. Check out our other podcasts and bask in the awesomeness!