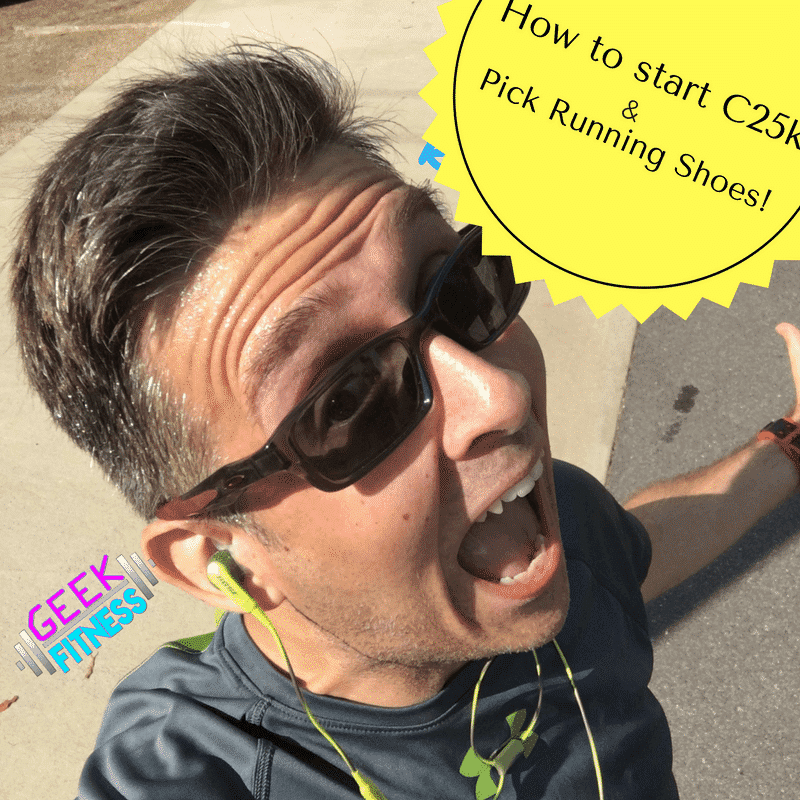 Press play below to listen to the episode, or check it out here if you can’t see the download. Additionally, you can find GFHH on iTunes, Stitcher, and YouTube (or whatever your favorite podcasting service is!)

I get asked how to start running a lot. A lot. I love this question because it’s easy to answer: use Couch-to-5K or a program like it.

But there’s a problem. C25K is hard. Like really hard. Especially if you’re not a runner. Even more so if you’re not active at all, and you’re just starting out with fitness and exercise.

That’s why I always include one caveat for starting a Couch-to-5k program: make sure you can walk for 30-45 minutes before you start. That’s all. Just take a week or two (think of them as part of the program) where you walk 4-5 days a week and get yourself to where you’re used to moving around.

Then start C25K. It will be so much better for you. And you won’t feel like you’re dying like I did.

Make sure you take the rest days, too. You need to not add in extra runs unless you’re using it to get back to a point where you were before. There’s a reason you have 3 days on/4 days off. A big part of running is knowing when not to run.

If you want a longer post on this, I have one here.

You also need a good pair of running shoes. I’ve told you that I’m a big fan of Altras lately. I’m also a huge fan of the Asics Nimbus line. Because I need lots of cushion. I thought it was becuse I had weak knees as a child. But it’s actually because I have weak ankles.

The extra cushion helps your ankle take the strain of your feet hitting the ground. It’s a shock absorber. Less cushion can actually be easier on your knees.

If you wanna get good shoes, I always suggest Zappos. They’re awesome and have treated me well in the past. Even more than that, I say support your local running shop. Whenever possible, I am all about giving my cash to local merchants.

In other awesome news, my counselor told me today that I was in maintenance mode, and that I seemed to be in a good enough place to lower my sessions with her to once a month. That’s awesome. It’s taken a lot of work and experimentation to get here, but I want to let those of you who suffer from anxiety and depression, it can get better. If you need to talk, remember I have anxiety@geekfitness.net for that stuff. 🙂

If you have any questions about starting to run, picking out running shoes, anxiety or anything at all, remember I live @geektogeekcast on Twitter, Instagram, or Facebook.