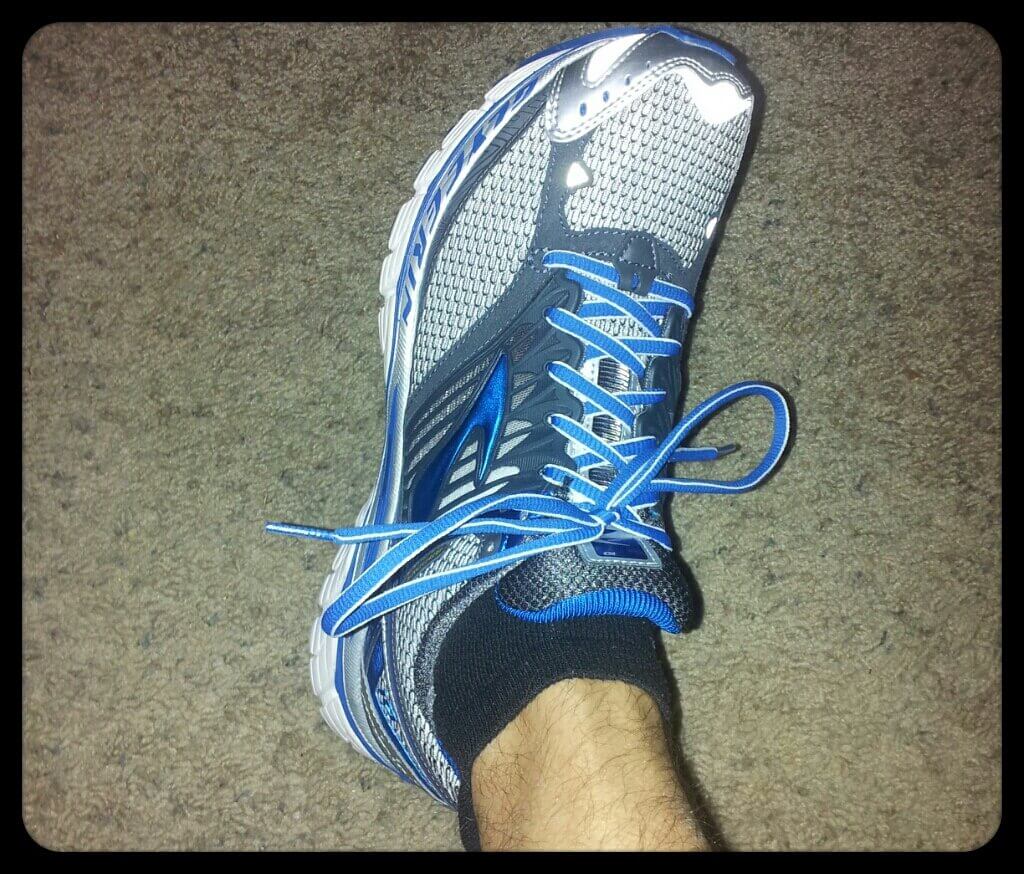 I have a confession: I’m in love with running shoes. I love them. Love love love them. And I want as many of them as I can possibly fit in my house.

But since my finances are finite, I cannot have that many. So I find as many as I can when they’re on sale, and as luck would have it, I found a shiny brand new pair of Brooks Glycerin 10 running shoes at the Zappos outlet in Louisville this past weekend.

One of my friends runs in Brooks Glycerin 9s, and he spoke very highly of them. So when I  found a pair of 10s in my size for 60% off, I had to grab them.

And this morning, I ran in them for the first time, and even though it was just 3.3 miles, I can tell I really like the shoes. They don’t hurt my feet like the Asics Gel-Phoenixes did on the treadmill, so I can’t wait to take them for a spin outside and for longer distances to really break them in.

My only problem with them so far? Again, I didn’t find any ridiculously awful colors–just black, grey, and blue. Which is the same scheme as my Nimbus 14s. My wife thinks I’m going to get them mixed up and wear one of each eventually.

So until now, I’ve been an Asics guy. But of these shoes work out like I hope and think they will, I might be adding Brooks to that list.

Do any of you have experience with Brooks running shoes?