All Running Shoes Are NOT Created Equal 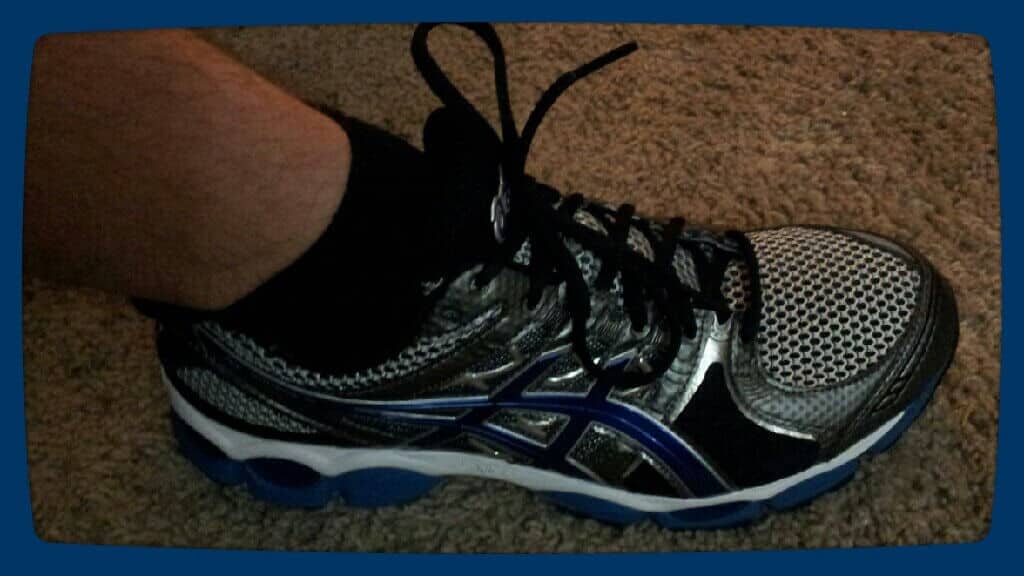 A couple weeks back, I bought a pair of Asics Gel-Phoenix 4 that I found on super-sale. I read some reviews on them, and they were getting really high marks, so I figured for the price, I’d go ahead and try them.

After about 5 miles in them, I made the decision to never let them anywhere near my precious footsies ever again. They hurt so much. Way more than my Asics Gel Nimbus 13 did.

Running was impossible in the Phoenixes–my knees started to hurt when I was outside, and on the treadmill, my Achilles tendon felt like it was being torn in half.

I switched shoes to finish the run, and the pain immediately stopped. So I knew that the new shoes were causing most of the pain, not the way I was running.

So after I finished up the session, I went online and ordered the shoes I wanted in the first place (and shoes that I knew wouldn’t hurt me): Asics Gel-Nimbus 14.

Now, my first running shoe was I’ve been running the Asics Gel-Nimbus 13. I’ve put over 400 miles in them since last July, so I knew the line worked for me.

I have heavy footfalls, and I mildly underpronate, so the Asics Gel Nimbus 13 shoes keep me running without pain or injury pretty easily. I figured if the 14s were anywhere near the quality of the previous model, I was going to be fine.

When I got the 14s in the mail, I did a quick quarter mile on the treadmill, and I couldn’t wait to get more miles in with them.

As of today, I’ve put about 10 miles on them, and they’re lovely.

Maybe I’ll notice something after I put a few hundred miles on them. (Update: I did, and I eventually got blisters from the Gel Nimbus 14, and had to contact Zappos for a refund/replacement, which turned out super amazingly.)

My only real beef with running shoes in general is that since I have to wear the 4E width, the awesomely bright colors aren’t available to me. I had to get the mundane grey/blue color scheme instead of the bright and shiny ones I really wanted.

To be fair, though, my Gel-Phoenixes were bright and shiny, and they hurt like I was an extra in a SAW movie, so if that’s the price to pay, I’ll wear doo-doo brown kicks if I have to.

So after all that, I think I’m an Asics Nimbus guy all the way through–and it has nothing to do with the title of my steampunk novel, either. That’s just a fun, quirky happenstance.

And as much as I enjoy these shoes, I can’t wait to wear them out and snag the Nimbus 15s when they come out in a few months. I guess I’m just going to have to run a lot more to justify spending the cash on even more brand new–and hopefully gaudy–running shoes.

What is your process for picking out and trying new running shoes? Any tips to share?