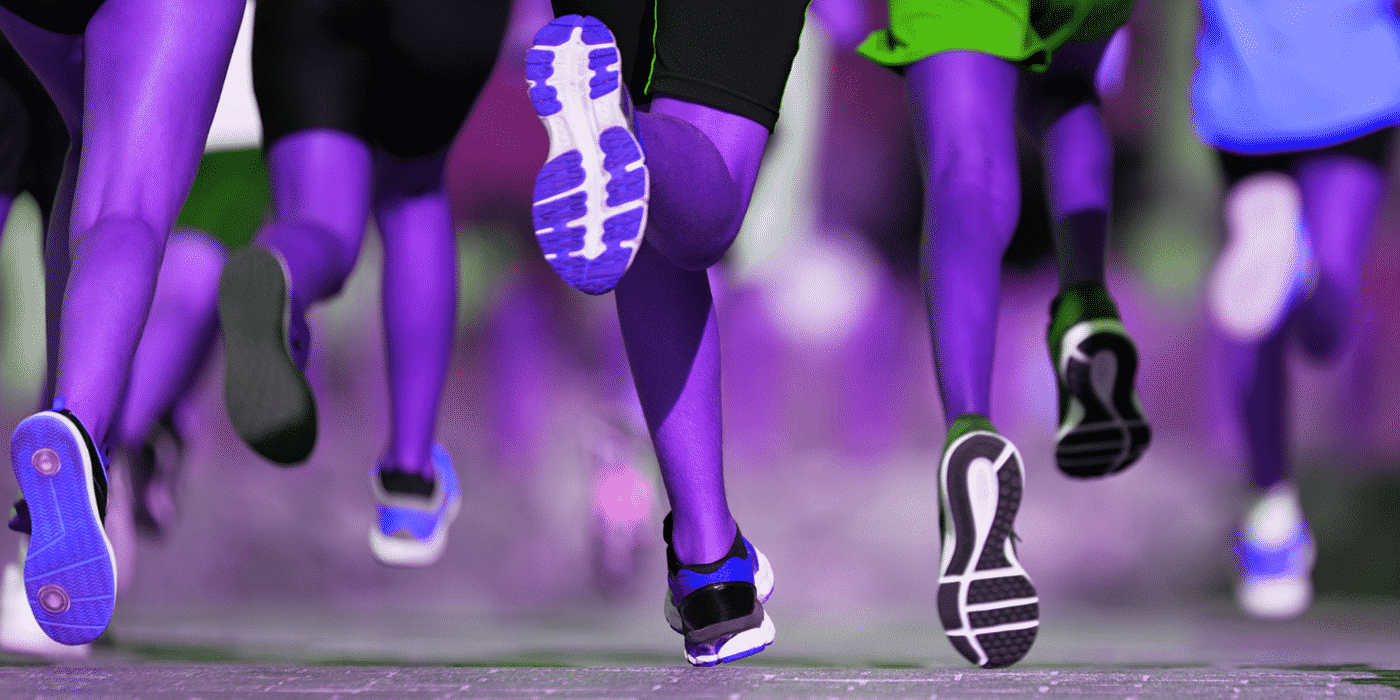 How to Know When To Replace Running Shoes

Replace Running Shoes Every 300 to 500 Miles

Mileage is going to be your best metric on knowing when to replace your running shoes. Most modern running shoes are at their best when they have under 300-500 miles on them. (Personally, I track my shoes’ mileage in either the Garmin Connect or Strava app using their Gear features.)

When your running shoes hit that 250(ish) mile mark, start paying attention to their quality and how your body feels as you run.

At between 250 and 300 miles, you will probably notice the outsole becoming more worn. It will definitely not be shiny, but the thread may also start to be ragged and torn. The sole might also have a couple small holes or punctures in it. These will degrade over time, so keep an eye on them.

You might notice the midsole (the soft area that you see on the side of the show between the upper material and the bottom outsole) has started to wrinkle and compress. These signs indicate that the shoe is losing shock absorption.

The quality of the upper also can indicate the life left in your running shoes. While degradation of the upper doesn’t have the same impact on your body as the out/midsoles, the fit of a shoe can change over time which can affect your gait and running form. If you run in shoes with a mesh upper, watch for stretching and the shoe losing its shape.

I have even had shoes with less-durable uppers begin to wear holes in the toebox (from the inside out and the outside in). Also, the friction that comes with extended mileage can fray the sock liner and interior heel linings, which can (and will) rub blisters on your feet, toes, and ankles.

Also, when I say 300-500 miles before replacing running shoes, I mean, 300-500 miles. Not 300-500 running miles. While running is certainly a higher impact activity than walking, even walking puts stress on your shoes. Walking miles count, too.

Not as much, but they do. I’m not saying for you to never wear your running shoes to the store to grab something after a run or something like that. But do not wear your running shoes for anything but running. These are not your daily-wear sneakers. These are trainers, and wearing them every day puts different kind of stress on them that affect their performance (and yours).

If you lift weights and strength train, get a pair of Converse All-Stars. But don’t do it in your running shoes. You’ll kill the cushioning and stability.

If you cycle or spin, do it in a different pair or shoes. These shoes were meant for running.

But seriously, don’t run in your everyday shoes. Doing so can add exponential stress to the shoes, which will then stop them from being able to protect your body from those stressors. Get a pair of daily wear sneakers, and you will have to replace your running shoes much less often.

Listen To Your Body

Everyone is going to have a few runs where you’re a little more achey afterward, but when that is consistent, it’s a good sign that you need to retire your shoes and hire their replacements.

If you notice that the shoes fit differently than they did when they were new (such as slipping on your feet more or requiring tighter/different lacings, for instance), there’s a good chance it’s time for them to be put out to pasture.

Even if the shoe hasn’t hit the 300-500 mile mark, you might need to replace the running shoes. I’ve personally had a couple pairs of shoes that lasted right at 200 miles. The outsole and midsoles were shot, and my knees and ankles hurt every single run. So I got some new ones, and the pain stopped!

Mileage is the best way to gauge when to replace running shoes, but it’s not the only way to. Your body is just as good or better an indicator of when, too.

Can You Extend the Life of Running Shoes?

Somewhat…kind of. You can certainly keep your shoes in top-notch condition by washing them every so often. You certainly don’t want to make this a weekly habit, but it can help. Just do not dry them, as that makes the shoes warp and synthetic materials melt. (Also, don’t soak them, just wash them by hand or in a machine on gentle.)

Be sure to take care of them after some excessive weathering or use. Check them over after a technical trail race or one of your long runs. Leave them to decompress for a day or two afterward. As the shoes sit, the materials will reset, and you can make sure they haven’t been punctured or torn anywhere, and you can see if they have become misshapen.

Same goes for an exceptionally wet run, maybe rain or snow. You want them to sit and dry out on their own (not in a dryer or near a fire or heat source). Ball up some newspaper, stuff the shoes full, and let them sit and dry for a day or so.

The best way to get the most mileage out of your shoes (literally) is to buy a second pair. Alternate between these two pairs on your runs, and it will keep the wear down on both pairs. In my experience, I’ve been able to get about 25-40% more mileage out of each pair when alternating because of not putting as much consistent wear on the midsoles. They have a chance to fully recover and the impact doesn’t compound stresses on the foam or gels.

The simplest way to know when to replace running shoes is to keep them for 300-500 miles. While that’s a good rule of thumb that holds true most of the time, you will want to check your shoes for damage like outsole wear and midsole wrinkling and compression.

Regardless of anything else, knowing when to replace your running shoes is imperative to keeping you at your best performance and most comfortable. And more than that, running in worn-out shoes can lead to serious injury.

If your body hurts, that’s when to replace running shoes. It doesn’t matter how many miles are on the shoe. If your gait is changed or your feet, joints, or legs hurt…it may be time to replace your running shoes.

What has been your experience with tracking mileage? How do you decide when to replace running shoes?