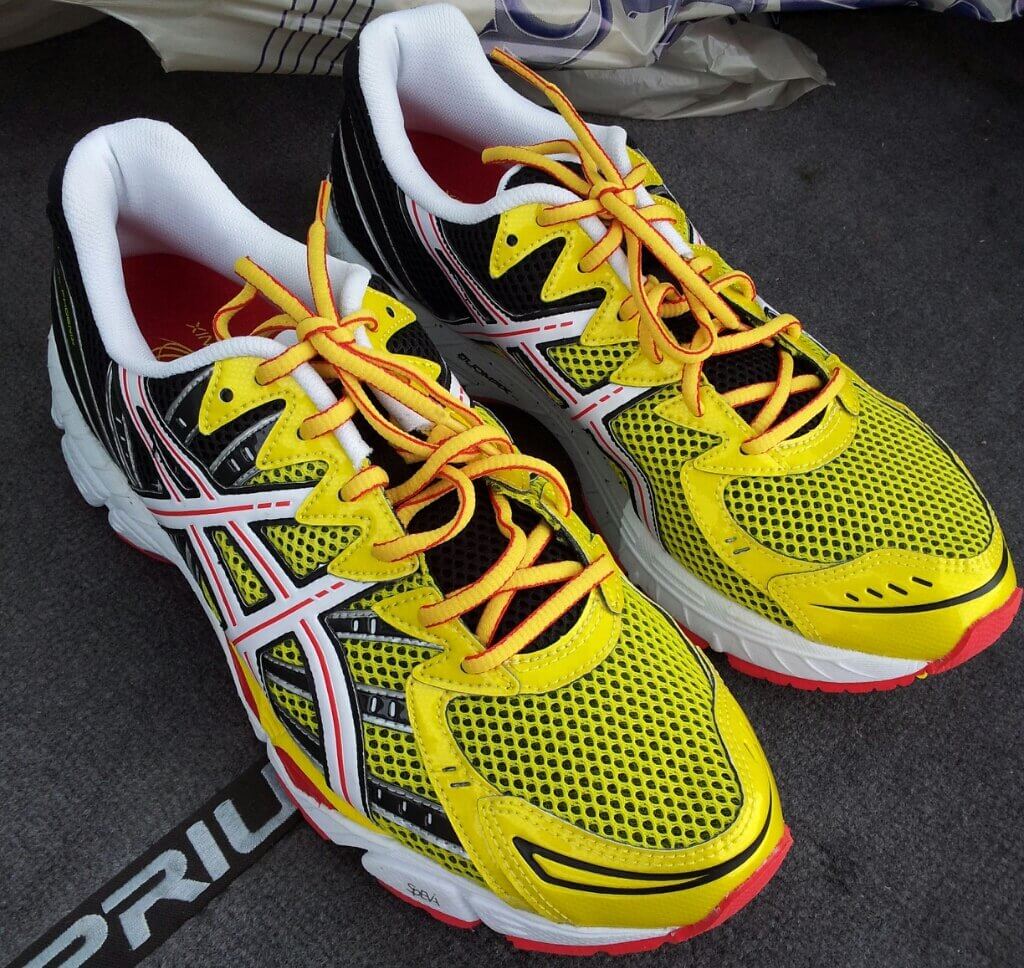 Since last July, I’ve beaten my Asics Gel-Nimbus 13s to death. They’ve logged over 400 miles, and are just about ready to retire from training. They’re still great to wear out and about, but to run…not so much. (I’m developing runner’s knee from using my treadmill.)

I would love to get some of the Nimbus 14s, but the Nimbus 15s are coming out in April. For the same price.

So I needed to snag some cheap-yet-quality running shoes that will last me until I can get back outside when the weather warms up (the main reason I’m not outside now is because of my asthma reacting to the cold.)

Today, I headed to Nashville with a buddy; we checked a few stores and finally found some Asics Gel-Phoenix 4 (a shoe I hadn’t even considered) for the crazy-low price of $29.99. Seriously.

And they’re gaudy and bright and wonderful and I love them.

So for thirty bucks, I snagged them–despite the department store not having a 4e width. I decided that these kicks were worth a shot. I mean, if they don’t work well for me, I toss them on eBay and get my money back, right?

And they’re gaudy and bright and wonderful and I love them. Did I mention that?

I did a quick half-mile on the treadmill tonight to see how they worked, and they seem to be great. Tomorrow is W1D3 of 5K-to-10K, and I intend to hit the trail at a local park. That’ll be the real test. I’ll let you know how it goes.