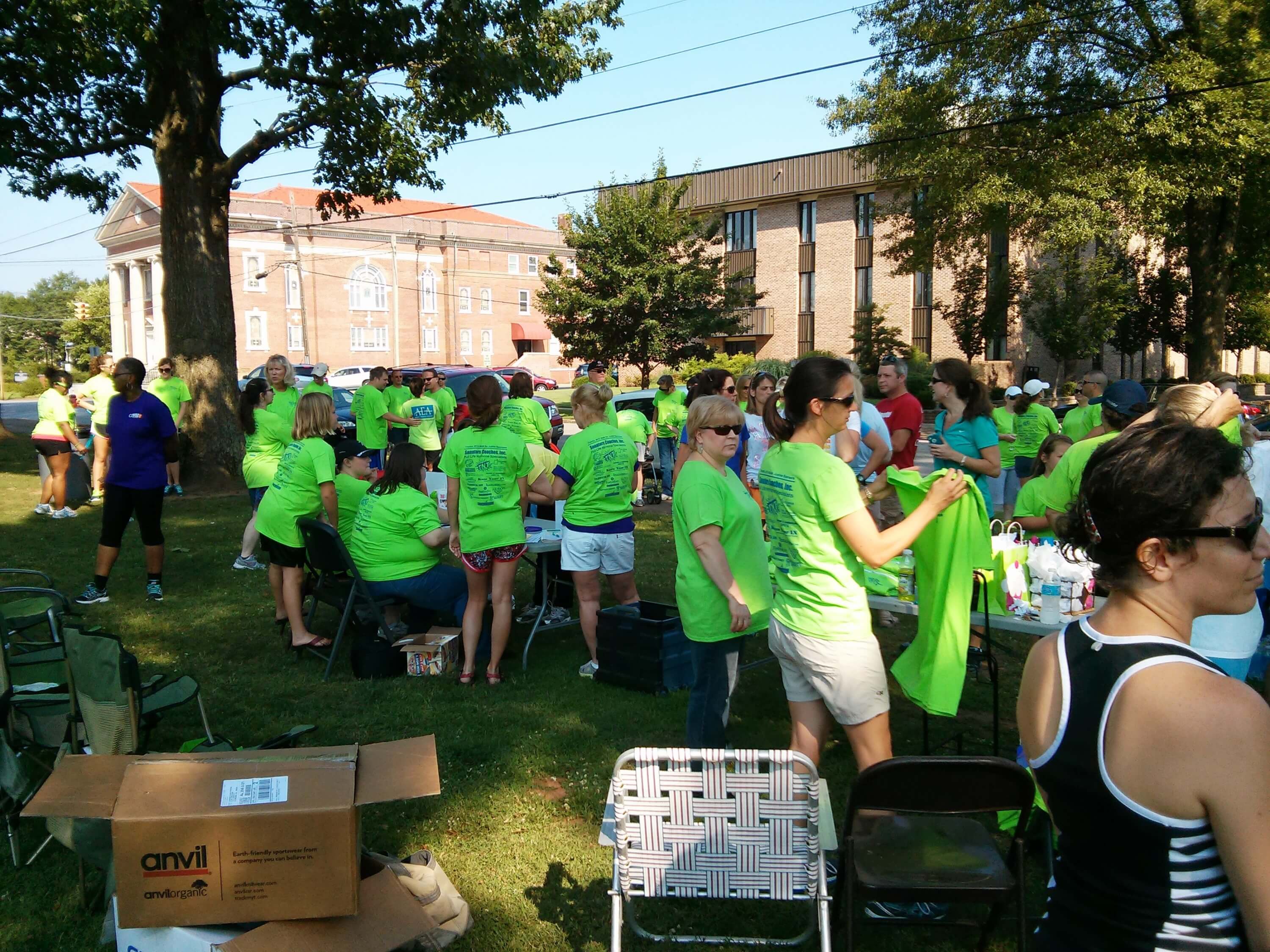 My wife is on the board of directors for the Rape Response crisis center in Florence, AL. And every year, they do an awareness walk that works as a fundraiser. In previous years, it was called the Mall March and held inside, but this year, it was moved outdoors to Wilson Park and rebranded as the much catchier Walk for Justice.

In past years, there has always been some kind of issue that prevented me from going and supporting the cause. This year, however, we were out bright and early, not only to support one of the most important and under-discussed causes around, but also to get my exercise on.

When we got there, the sun was shining, the air was 70ish degrees, and we had very low humidity. It was awesome. 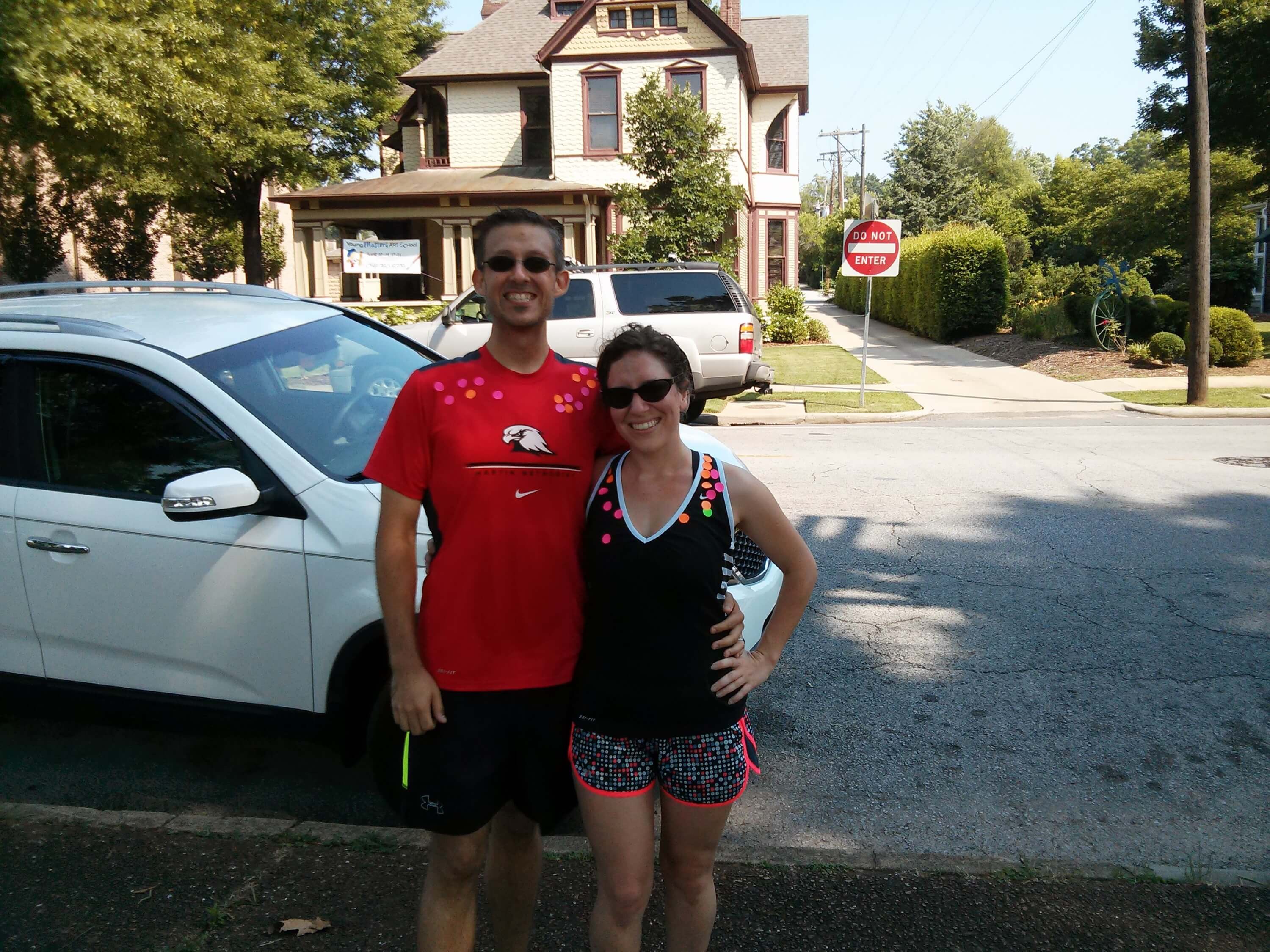 People greeted us with smiles, we registered and snagged our snazzy lime-green T-shirts, and played with the ginormous number of toddlers and puppies who were also joining us to support Rape Response and the work that they do.

All in all, we had over one-hundred walkers and runners there, and even more than that who pledged and paid for registration without showing up for the actual event. Some of us jogged a bit, all of us walked, and all kinds of door prizes were given away.

(And let me tell you, I wanted that night’s staycation at the Shoals Marriott. But neither of us won it. Oh, well.) 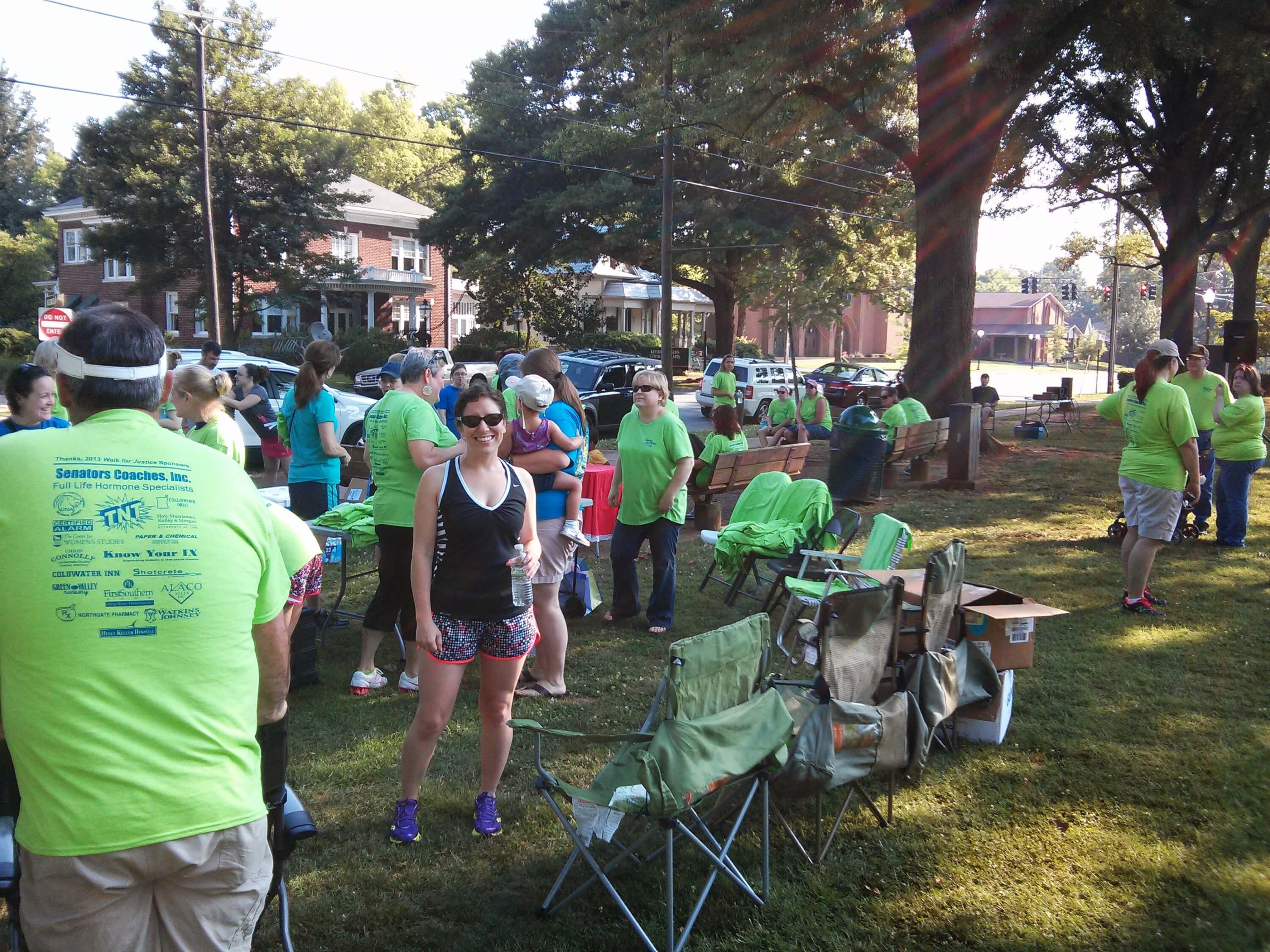 One of my favorite things about being a runner is the community. I love going to events and races because people are nice and friendly and helpful. They greet you with a smile. They tell you what a good job you’re doing, even if you don’t feel like you are.

And that’s how the Walk for Justice was. We congratulated each other and talked and laughed, and we did it while showing for the community that there are lots of people willing and able to help victims of sexual violence. 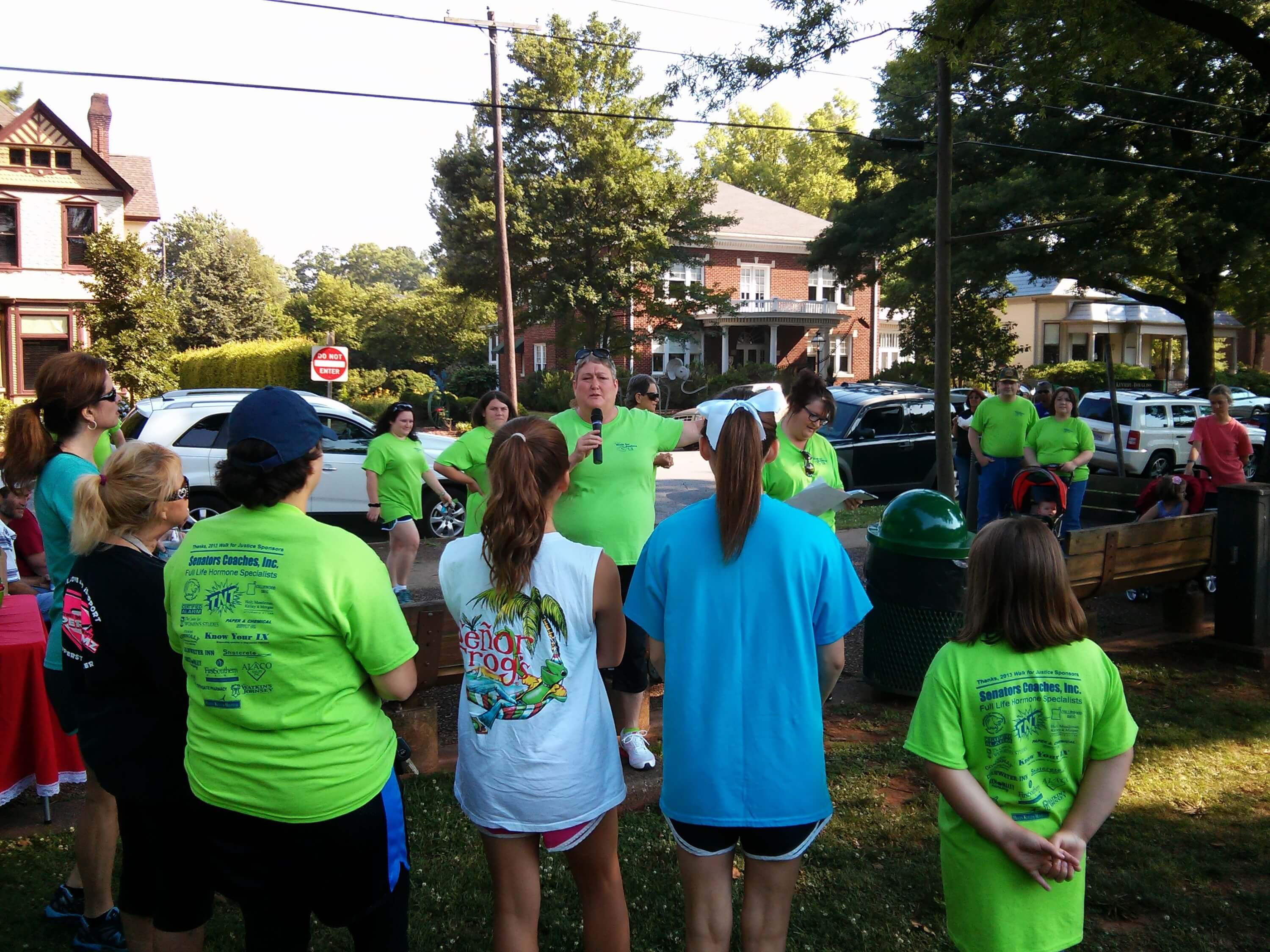 I look forward to the next walk and the next event. It really was a lot of fun. I hope that each year, it keeps growing, and if being out early on a Saturday morning can let one victim know that she (or he) isn’t alone, that there is a large number of people who care and want to help, then we did our job.

If you’re interested in getting involved or volunteering with the Shoals-area Rape Response, contact me, and I’ll forward you along to my wife and her colleagues. And if you’re not from our area, there are certainly local crisis centers you can get involved in, and my wife will surely be able to help you get started in finding them.

All funds raised by the Walk for Justice will stay in the Shoals area, providing critical services, such as our 24-hour crisis line, medical and legal accompaniments, and counseling to help victims of rape and sexual violence on the road to healing. For more information, call 256-765-0025 or email info@shoalscrisiscenter.org