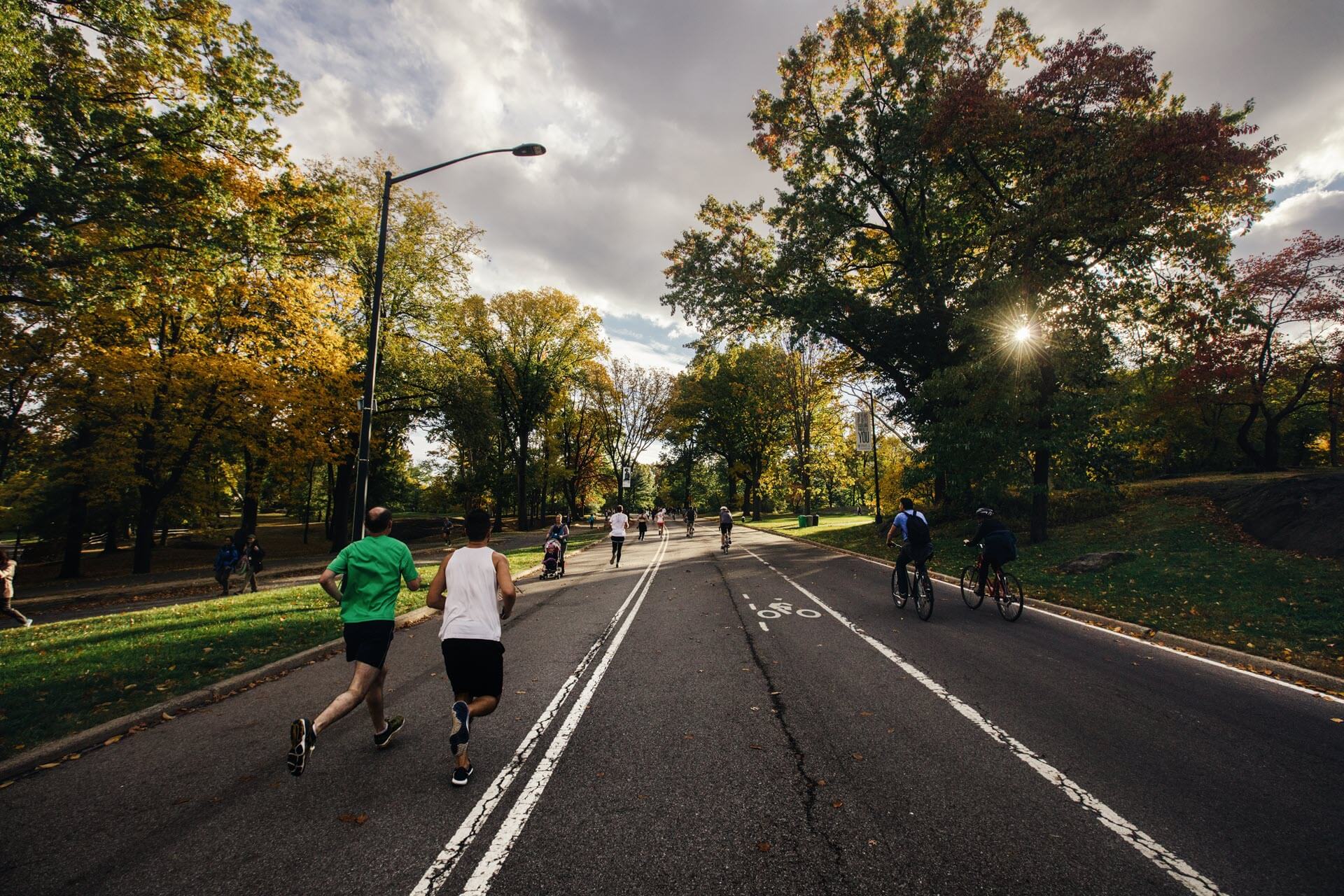 Run walk run training? Pffft, no way! You’re a runners, and walking is so…pedestrian! You love the miles of grueling punishment and pounding the ground until you’re are sweaty, achy, and out of breath. Endurance runners go well beyond what  non-runners see as reasonable, and you don’t stop for a really long time!

Don’t you? I mean…runners run, right?

Yes, that’s true. To a point. When I first started running, I thought all runners were these crazy-fit people who could run for hours without taking a break. I thought that if I took walk breaks, I wasn’t a real runner. Because real runners never stop. Real runners never walk (or even slow down).

But you know what? They do. Real runners get tired. Real runners stop running. Real runners take walk breaks, and they do run walk run intervals. On average, using something like the Jeff Galloway method for interval training, you can actually have a better average pace than if you ran non-stop your entire distance.

You might have heard me say that Couch to 5k plans suck. (Actually, it’s an awesome program that has a  issues that you can sort out pretty easily.) I mean, I did the program multiple times, so run walk run interval training kind of taught me how to run. And it has for millions of people.

But C25K plans all give newbie runners a big misconception about running: that to be a runner, you have to run without stopping. Your goal in a C25K program is, after all, to be able to run for 30 minutes without taking a walk break.

That 30-minute, non-stop run used to be the standard by which I judged myself. If I ran without stopping, it was a good run. If I had shown weakness by slowing down to a — shudder — walk, then it was bad. So, let me tell you, If you are under that same impression, I’ll be blunt: that’s a whole buncha dooky.

Yep, that’s right. You heard it here, folks. Real runners walk. Sometimes, they walk a lot. Marathoners walk all the time, and their accomplishment isn’t diminished even a little by it. But why, then, would you use the Jeff Galloway method when so many professionals and veterans can run for hours without breaking pace or stride? Isn’t that something to strive for?

Because of the differences in stride and gait, walking and running use completely different muscle groups. When runners take walk breaks, they’re able to use fresher muscles while resting tired ones. That’s awesome because fresh muscles tend to be faster and more powerful than tired ones (sounds obvious, right?). When you start running again, the rest you took by walking gives your legs a new surge of energy and speed, while at the same time staving off weakness, tiredness, and cramps.

Plus, you will get tired, and the more tired you are, the worse your running form is going to be. The worse your form, the slower you’ll be, and more importantly, the more prone to injury you’ll be. You’ll hit the ground wrong, putting stress on your knees and ankles in ways that they’re not meant to take. Your neck and shoulders and core get out of whack, too, and speaking from personal experience…you can really mess up your neck mobility if you run with a hunch.

Remember: if you’re injured, you ain’t running nowhere. No way, no how.

The distance doesn’t matter. From a 5k to a full marathon, you shouldn’t feel bad about talking a walk break, especially if your body says you need to. Running is about discipline more than anything, and self-awareness is a close second.

Doing the run-walk-run thing means that you’re aware of what your body needs, and that you are disciplined enough to do listen.

Real runners know that when waiting on a traffic light, running in place only wastes energy they’ll need on the run later. Real runners know to slow down at aid stations during races — that water or Gatorade does zero good sloshed up your nose or on your shirt instead of being gulped down your throat.

You will see runners taking walk breaks at every race. I do it on training runs (partly because of my asthma), and I do it in races. I did it during my first half-marathon and my most recent 15k. Plus, there is a 100% chance that I’ll run walk run in all three of my runDisney Star Wars races.

Do What You Feel is Right

Does it suck during a race when you are passed by those hunched-over folks who slog along? (Especially if they’re the one in the socks. You know who I am talking about.) Yep, it absolutely sucks. However, know that by the end of the race, you are likely to re-pass them and keep on gaining ground. Again because your muscles and breath — and body in general — are fresher than theirs. And at the finish line, you will to feel a heck of a lot better than they do, and you bask in the glow of the lovely endorphin cocktail flowing through your veins.

While the lean over and try to choke down a banana.

Like I said, I’ve done the run walk run thing in pretty much all my races and training. The heavens didn’t crash down, the RRCA or USATF didn’t come and take my runner card away. I felt fresh and rested after each break, my heart rate stayed regulated, and I didn’t have even an inkling of an asthma attack. Plus, it let me finish my first half-marathon a good 2 min/mile faster than during training. Beause I listened to my body and gave it what it needed.

So the next time you’re out for a run and think you’re not a real runner because you run walk run, think again.

Oh! Before you go, look a this. runDisney offers training plans anyone can download. They’re all based on that Jeff Galloway run walk run method and designed by the dude himself. So check them out and see if they’ll work for you.