Running Is What Keeps Me Alive 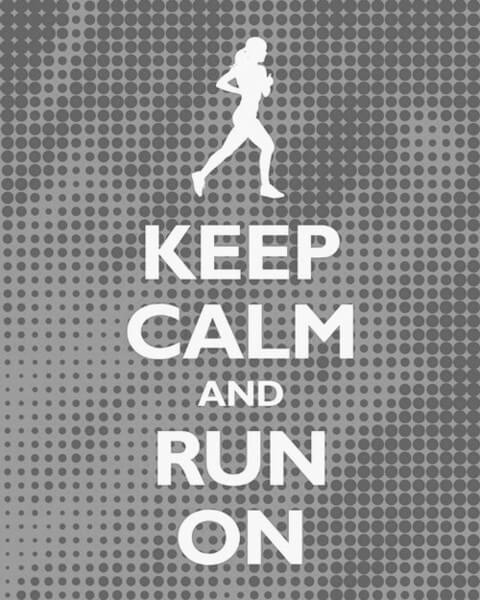 My mom recently had a stroke (thankfully not a very strong one), and the night she was admitted to the hospital, I was (understandably) really stressed out. It was late, and since I live over two hours from the hospital, visiting was going to have to wait.

Obviously, the whole situation made me really antsy. And I don’t really deal that well with stress. So I had to hit the road–only in my Asics instead of my Prius.

Over the past year or so, I’ve dealt with stress and anxiety pretty poorly, and since I’m an idiot and haven’t gone to a doctor about it, running is the only way I’ve been able to keep it in check. When I got the phone call about my mom, I couldn’t sit still.

Jennifer and I were watching some trash TV on Netflix (an episode of Best Food Ever about America’s Top 10 Food Trucks. Trash, I tell you, trash!), and after I got my mom’s call, I couldn’t even focus on tacos and waffles.

I just sat there, thinking and shaking. My brain wouldn’t shut off. I read some articles on the internet and some webcomics. But all my mind would do is focus on was the need to go running and not sit still.

So at almost 9pm, I told my wife I’d be back in a few minutes, went and put on my brightest clothes, laced up my Asics, and I ran the fastest miles I’ve run this season.

It was also the first time I’ve ever run in the dark. My neighborhood is safe, so I wasn’t worried about being hit by a car or mugged or anything. So I just ran. As I ran, the troubles left me for just a few minutes.

I panted and pushed myself, and I felt the stress leave me. Not the concern for my mom, no, but the shaking and impotent anxiety.

Now, there’s one point in my neighborhood that apparently doesn’t have streetlights. During my morning runs, it’s obviously not an issue. But at night, it’s a good quarter of a mile to a half-mile that’s damn near pitch black except for the dim light from nearby houses–none of which had their porch lights on that night.

I couldn’t even see where I put my feet as I ran. But I kept running. I trusted myself, and I fell into pace with my breathing. I felt free and liberated. If I fell, I fell. I didn’t care.

Nothing mattered except for my feet on the road. I was running in almost pure darkness, and it was one of the most exhilarating runs I’ve had. I was unsure about so much in my life at that moment, but I knew that I could trust my feet to keep me going.

It sounds lame and cliched, but man, it felt sublime. I felt unburdened.

During that period of blackness and sublimity, my thoughts passed over my family. My dad died of a heart attack two years ago. My mom was now in the hospital for equally dire circumstances. I felt at that moment that I was in the crosshairs of a very real, hereditary threat to my health and life.

But running would fix it.

If I ran hard enough, I could stay ahead of the conditions that plagued my family. If I ran long enough, I could at least outrun heart attacks and strokes and diabetes and asthma. I felt in that period of sublime understanding that I could handle whatever life threw at me because I could run.

As long as I could run, I could live. That night, quite literally, I felt as though I was running for my life.

Like a lot of existential epiphanies, the moment was fleeting. I went back home, drank some water, kissed my wife, took a shower, and went to bed. I was worried about my mom, but I was no longer crippled by the fear I would lose my other parent. I could approach the emotionally draining situation with logic and reason without being blinded by anxiety. Which meant I could sleep that night.

The next day, we were told that it wasn’t actually a stroke, and my mom was sent home from the hospital. Crisis averted. (Later, we would learn from a neurologist that it actually was a stroke, but the tests were inconclusive. Oh, the joys of modern medicine.)

Regardless, I learned a valuable lesson that night, though. I’m not sure I can put it into words, but I feel it. I learned how much running helps me. I learned how much of my life is affected by running now, and not just because I enjoy it or because it helped me lose weight.