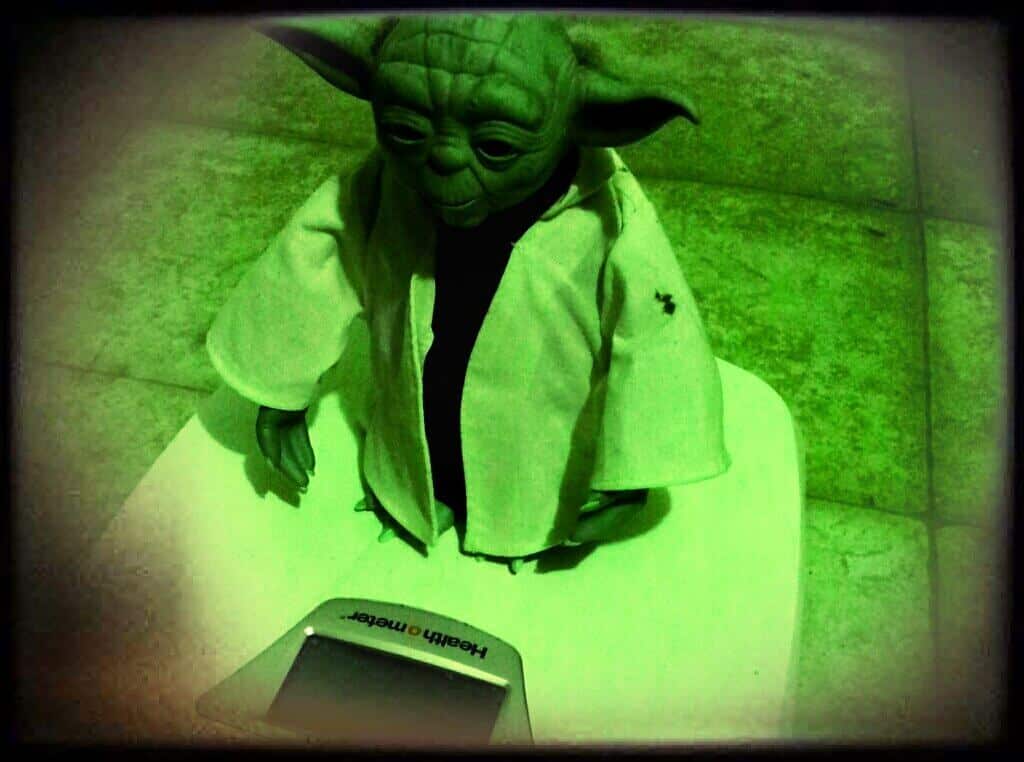 Since starting your fitness quest, you’ve battled against the Ogre of Unyielding Lifestyles, feasted from the Fields of Neverfried, and even begun your trek along the craggy paths through the Mountains of Offyercouch.

And by now, you should have seen some signs of your success, hopefully in the form of a brand-spanking-new pair of Breeches of Shrinking Girth.

But then, you see the one thing every fitness quester dreads seeing: The Plateau of Staid Motivation and beyond that, in the distance, Mount Goalweight just waits for you to climb it.

To that, I say: Plateau, Shmateau. And so should you.

At some point, everyone hits a weight loss plateau. It’s frustrating and depressing–infuriating, even–but it’s normal. And honestly, it’s a pretty easy hurdle to jump if you approach it the right way.

I hit my first major plateau just 30 pounds into my weight loss. I kind of cheated my way through that one by taking phentermine. Then right when I hit the 200-pound mark, I stalled out. I couldn’t drop below it. I even fell off the edge of the plateau at one point, gaining back up to around 230 before I was able to halt the gain.

But I halted it. And then, when I had a good running start, I pushed through my plateau and my weight loss started again. With a vengeance.

For me to bust my plateau wide open and start losing weight again, I had to change my diet (again) and to kick up my exercise routines. Even though the low-glycemic index had done well for me, I had to say goodbye to its low-carb awesomeness.

I started adding in a few more sources of carbohydrates in various places across my diet while cutting out as many sources of meat as I could. I saw my diet as a zero-sum equation; it would work as long everything balanced out on both sides.

Early Calories Are Not Wasted Calories!

And speaking of burning fuel, I started eating breakfast: by eating oatmeal in the morning, I double-tapped my weight loss plateau. I added in carbs to keep my energy up so I could cycle/run, and I also boosted my metabolism, which helped me burn even more calories throughout the day.

Ever since I was a teenager, I’ve thought eating breakfast was a waste. I mean, I was never actually hungry until lunch time, so I figured breakfast was empty calories. On top of that, on days when I ate breakfast, I was hungrier than usual all day long.

I thought that was my body telling me something was wrong.

And it was. In my logic.

What was happening, my friends, was my metabolism being kickstarted and my body actually burning more fuel. Which does make you hungry.

Within a week of adding a single bowl of 1/2 cup oatmeal to my diet, not only was I cycling/running better because of the increased glycogen, but I was also seeing active weight loss.

So if you’re hitting a weight loss plateau, I feel your pain. I know how hard it is. I know how frustrating it can be. And despite what it may feel like, you’re not doing anything wrong. In fact, you’re probably doing everything right–for the person you used to be.

The person you have become, however, needs a new set of instructions. Which is why you hit the plateau in the first place. Try a few things and don’t get frustrated if you don’t see immediate results.

Have you hit a weight loss plateau? How did you give it the boot and get back on your quest for fitness?