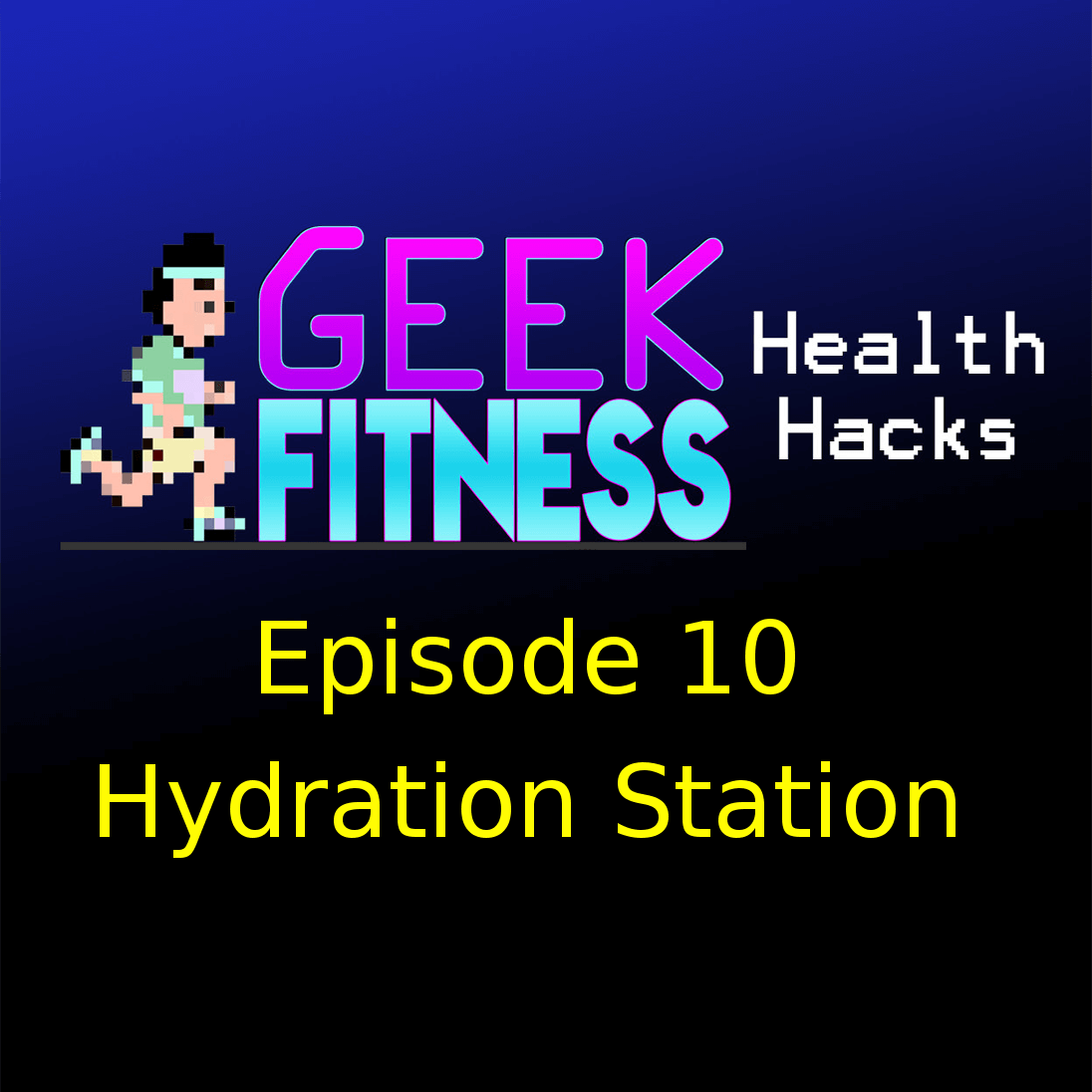 Press play below to listen to the episode, or check it out here if you can’t see the download. Additionally, you can find Health Hacks on iTunes, Stitcher, and YouTube (or whatever your favorite podcasting service is!)

When you’re drinking enough, you’ll pretty much immediately notice the benefits of water (especially if you’re a soda person):

If your mouth is dry and you feel thirsty, it’s already too late–you’re on the way to dehydration. Even if you think you’re drinking enough water, you’re probably not (we all overestimate how much we drink). So drink up, geeks!

If you’re low energy, or hungry. It may not actually be hunger. You may not honestly be fatigued. Your body may be drying out like a husk. You don’t wanna become a mummy! So grab yourself a filter bottle and carry it around everywhere you go! You can put a rubber band around it every single time you refill it to easily see how much water you’re drinking. If you only have a handful of bands at the end of the day (aim for 6-10), you are drinking enough water!

And if you’re outside, you’re running, cycling, or really, doing any kind of activity that makes you sweat, you’re going to want to drink a cold bottle of water (or the equivalent) every 15 minutes. It’s just healthy. It’s going to keep your body cooled down, help prevent heat illness (which is very serious bad mojo).

Wanna know one of the other major benefits of water?

Your peepee looks like delicious, delicious lemonade! Or at least it should.

That’s a pretty good indicator of whether you’re drinking enough. It might sound gross to you, but you really do want to pay attention to your peepee. Don’t know what you want your urine to look like? You want to pee clear. Or as clear as you can get it. If your peepee looks like a nice, cold glass of lemonade…great! Just be sure not to drink it. If you’re at that point, you should be drinking enough water you’re not THAT thirsty, anyway. At least I hope not.