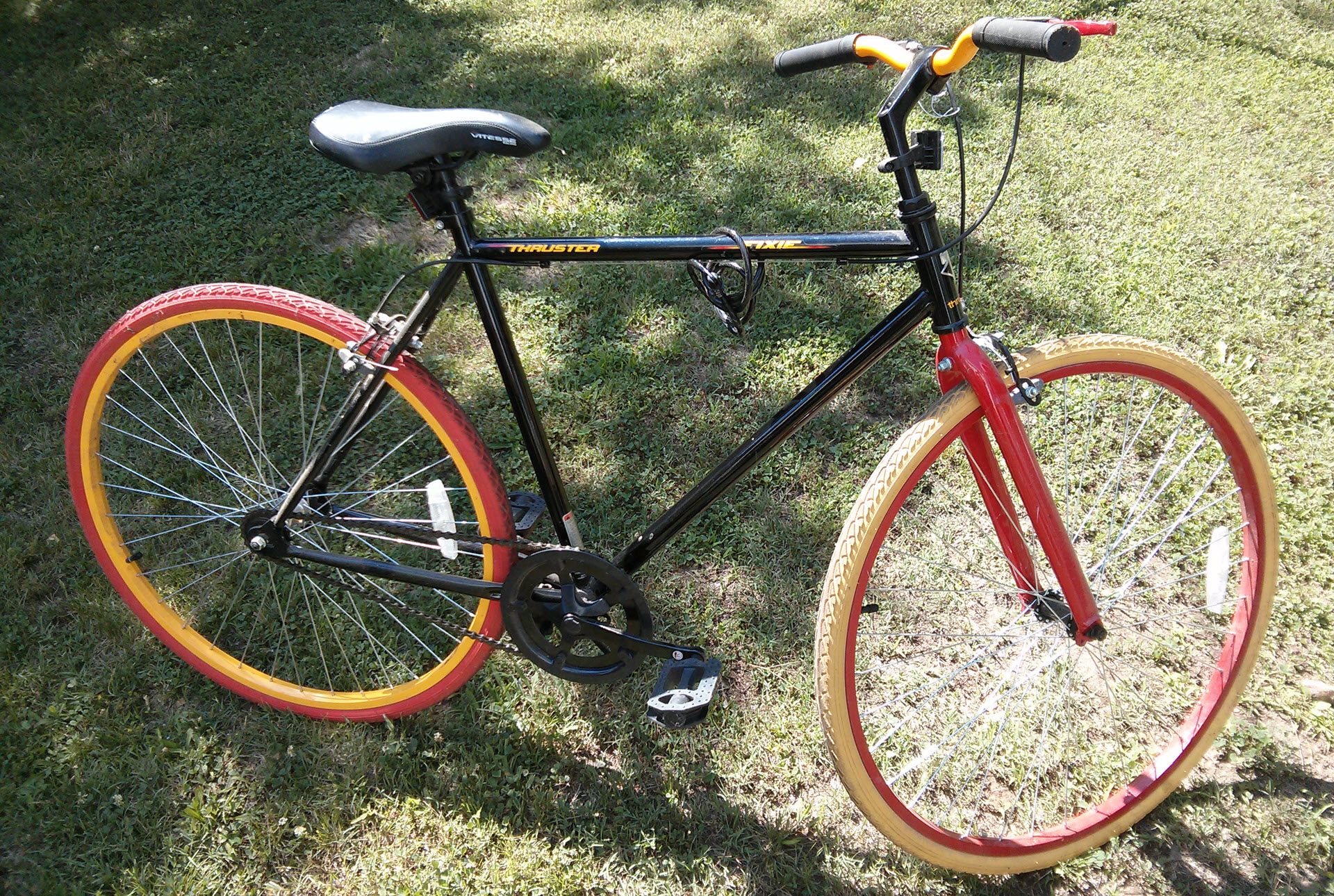 In Defense of Walmart Bikes and Discount Running Shoes

It’s really easy to get caught up with needing shiny and expensive fitness gear. But you should know, especially if you’re coming new to an activity like cycling or running, you don’t need the expensive, top-of-the-line gear. Walmart bikes and Shoe Carnival running shoes work really well to start running and riding.

If you’re a cyclist, it’s perfectly fine to go to Walmart, look at their bikes, and drop $100 one of those instead of a a couple grand on a Trek or other specialty-store bike. The wheels go around on Walmart bikes and get you moving just the same as if you spend 10x that amount.

In that same vein, it’s okay to buy discount running shoes if you’re a new runner. You don’t have to pay triple digits to get something that will get you out the door and into a more active lifestyle.

And honestly, unless you’re going to be competing at an elite level, or you have to make up for an injury of some kind, it’s just not worth it. At least not in the beginning.

I bought my first Walmart bike for $99 years ago. It was the first bicycle I had owned since I was a kid, so I honestly had no idea what I was looking for.

Going to the store, I fell in love with a 700c Thruster Fixie with red and yellow wheels. It was gorgeous. A single-speed road bike, priced at $99 was exactly what I needed. It wasn’t so expensive that I felt I was wasting my money if it turned out that I didn’t like riding.

After all, I hadn’t really ridden a bike since I had been a little boy.

I rode that $99 Walmart bike for 4 years, and not once did I feel in the least bit deprived that I wasn’t on an elite bicycle from a specialty shop.

Then, not long after that, I bought a second bike. It was a decent-enough bike that cost $150 at the local bike shop. When I posted about it online, I was told by a few people that my bike was essentially garbage.

Now, the bike isn’t fancy. And I am still riding on it when I go out. It gets me where I’m going, and I can bang around the local bike trails on it. Once again, I didn’t spend outside of my budget on an ultra-fancy specialty bike because I wanted to make sure I was going to stick with cycling once again.

After a few seasons of riding on that one, however, I realized why folks called it garbage. Honestly, I don’t like it very much. It’s heavy, the gears are a little funky, and the handlebars are just…off. I don’t know enough about cycling to say why.

It still does its job, though. I ride the local trails and around my neighborhood on it. And I am still glad that I didn’t spend a couple grand on a bike. I do, however, think I prefer the Walmart bike to this one, though, even though it was a single-speed.

You Don’t Need To Always Have Expensive Stuff

All that to say, you don’t need high-end stuff to enjoy a sport like cycling. Especially you’re new. Expensive gear is a luxury, not a necessity. Walmart bikes are more than enough until you learn more specifically what you need.

Like I said earlier, if you’re not an elite athlete or competitor, you may not even notice much of a difference between a Walmart bike and a high-end road racer. Same for running shoes, if you’re new to the sport, you won’t likely even see the differences in discount running shoes and ultra-premium trail runners.

Why You Should Buy Discount Running Shoes and Walmart Bikes

By starting with cheaper equipment, you get to know your body and your habits well enough to assess your needs better. By starting out with higher-end gear, not only are you spoiling yourself, you’re spending a lot of money on features you won’t even use.

Think about it like buying a sixteen-year-old their first car. Are you gonna buy them a Cadillac Escalade or a Ford Focus? Sure, the Escalade has all the bells and whistles, but will the teenager be able to appreciate them and take advantage of them so that it’s worth the extra money?

Probably not. They might even wreck the car or not take care of it correctly, making the investment lose even more value.

Eventually, however, that teenager will become a driver form whom the extra cost may be justified and worth it. But it probably won’t be within their first few years of having a license.

Fitness Gear is the Same Way

Running shoes and cycling kit are necessary, but them being expensive isn’t. Look at your needs and find the most appropriate gear you can for your personal situation. Even if the internet says what you buy is garbage. If it works for you, then it works for you.

You can honestly get a good pair of shoes at Shoe Carnival for under $50. I’ve found two pairs of almost brand new Brooks (both the Ghost and the Glycerin) at thrift stores for $20 a pair. And do those discount running shoes feel any different on my feet than the expensive ones I own? Not really, no.

So if you’re new to fitness, don’t get intimidated by all the expensive gear options out there. You don’t have to spend a ton of money just to learn how to be active.

You find some entry-level equipment that works well enough for you, and when it’s time to upgrade, you’ll get a real upgrade based on what you know you need, not what the internet says is important.

And if what gets you there are $99 Walmart bikes and discount running shoes from Goodwill, that’s awesome. You saved a ton of cash and still get to pound the pavement. It’s really a win-win.

What cheap cycling kit or running gear did you start out with?