#Geekspiration from Jean-Luc Picard: “Make It So” 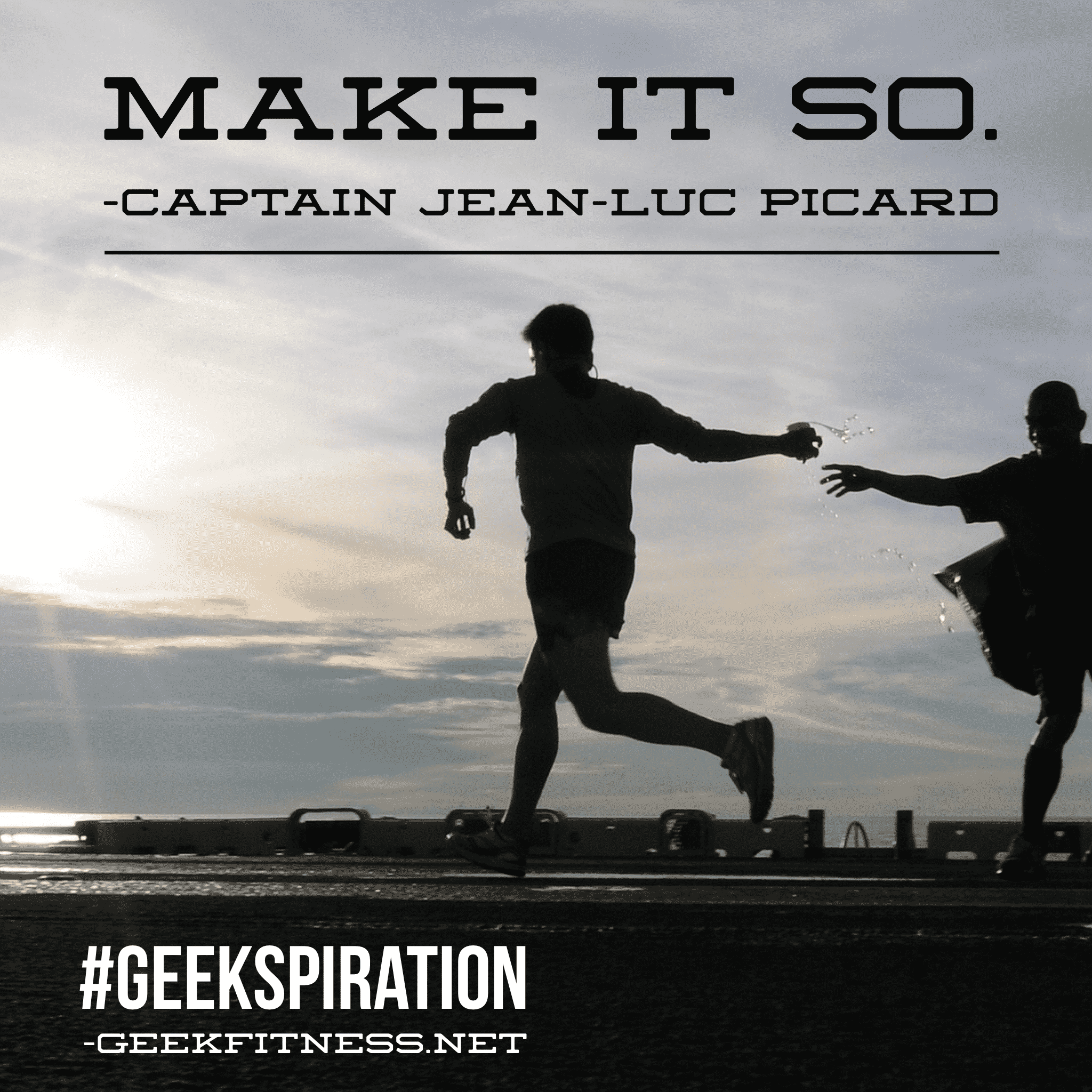 There are few fitness lessons as important as the one you can learn from Captain Jean-Luc Picard. Instead of whining about what might or might not happen, instead of making excuses, Jean-Luc simply says, make it so.

Sure, his decision to move forward typically comes after long deliberation and weighing of the options, but the primary motivator is getting things done–and getting them done right.

He doesn’t second guess himself (often). He doesn’t make decisions on the fly. He doesn’t go into a situation without fully understanding the repercussions of any decision he is going to have to make.

And that’s how you should approach fitness.

It’s All About Confidence

You shouldn’t second guess yourself. Jean-Luc didn’t second guess himself, did he? Do like he did in a stressful situation: do adequate research before starting a workout program or a nutrition plan. That’s it. Then you can simply make it so.

Once you know what to expect, it’s all trial-and-error as to whether it works for you. It might. Or it might not.

You may try some things–running, power lifting, low-glycemic, Paleo, whatever–that simply do not work for you.

And that’s okay. If something doesn’t work for you, then don’t do it.

But you should know from experience that it doesn’t work, not from lack of trying.

Jean-Luc Picard made a lot of mistakes in his career as a Starfleet officer. He had a lot of setbacks. And so will you.

If, after that, you realize they’re not for you…great!

You had a few experiences and are wiser for them. You might also realize that the experience was transformational and that you never want to stop doing it. And in that, you’re also wiser.

But in both cases, experience is the only teacher you can have. Fear, excuses, and long deliberations won’t teach you anything you can’t learn on your own, from doing something new yourself.

So if you’re in a fitness rut, or if there’s something you have always wanted to try, think about Jean-Luc Picard. Think about Star Trek. Whether you’re about to fire on a Borg cube, evacuate refugees, train for a marathon, or increase your deadlift, set your sights on what has to be done to get there…and then simply make it so.