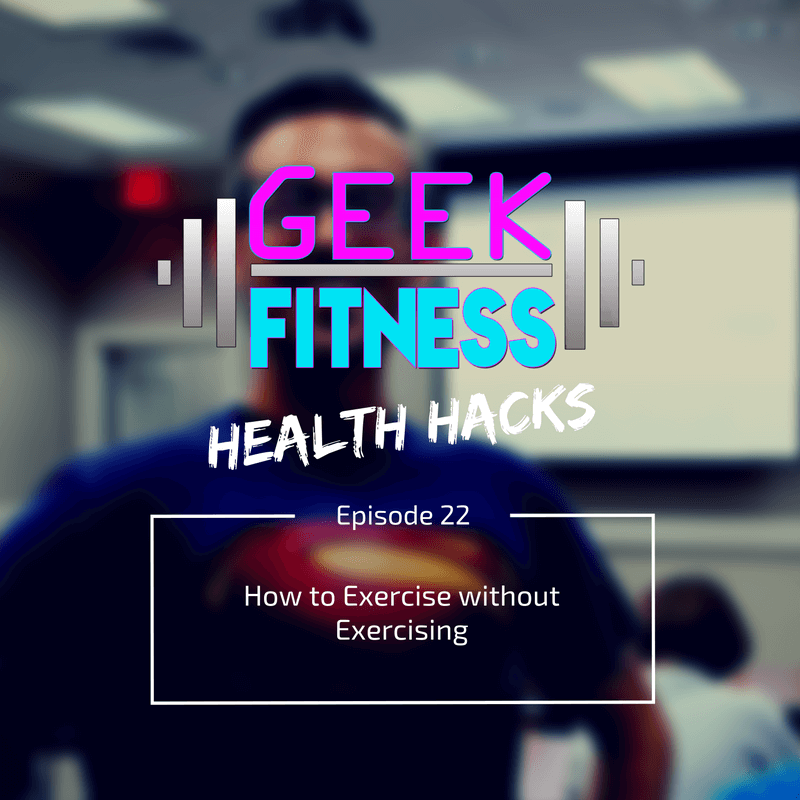 how to exercise without exercising (health hacks 022)

Press play below to listen to the episode, or check it out here if you can’t see the download. Additionally, you can find GFHH on iTunes, Stitcher, and YouTube (or whatever your favorite podcasting service is!)JTNDY2VudGVyJTNFJTNDaWZyYW1lJTIwc3R5bGUlM0QlMjJib3JkZXIlM0ElMjBub25lJTIyJTIwc3JjJTNEJTIyJTJGJTJGaHRtbDUtcGxheWVyLmxpYnN5bi5jb20lMkZlbWJlZCUyRmVwaXNvZGUlMkZpZCUyRjQ3OTA0OTYlMkZoZWlnaHQlMkYzMDAlMkZ3aWR0aCUyRjMwMCUyRnRoZW1lJTJGc3RhbmRhcmQlMkZhdXRvbmV4dCUyRm5vJTJGdGh1bWJuYWlsJTJGeWVzJTJGYXV0b3BsYXklMkZubyUyRnByZWxvYWQlMkZubyUyRm5vX2FkZHRoaXMlMkZubyUyRmRpcmVjdGlvbiUyRmJhY2t3YXJkJTJGbm8tY2FjaGUlMkZ0cnVlJTJGJTIyJTIwaGVpZ2h0JTNEJTIyMzAwJTIyJTIwd2lkdGglM0QlMjIzMDAlMjIlMjBzY3JvbGxpbmclM0QlMjJubyUyMiUyMCUyMGFsbG93ZnVsbHNjcmVlbiUyMHdlYmtpdGFsbG93ZnVsbHNjcmVlbiUyMG1vemFsbG93ZnVsbHNjcmVlbiUyMG9hbGxvd2Z1bGxzY3JlZW4lMjBtc2FsbG93ZnVsbHNjcmVlbiUzRSUzQyUyRmlmcmFtZSUzRSUzQyUyRmNlbnRlciUzRQ==Happy Hallowgeek, fitgeeks! #teehee I couldn’t resist such an amazing pun.

The reason I had so much even before 2:30 when I started was because of my big, awesome, amazing, spooktacular announcement. The book festival I’m working on…IS GETTING R.L. STINE IN THE SPRING!

I am going to get to meet R.L. Stine, the author of Goosebumps and Fear Street and so much of what made me love reading and horror when I was a kid (also, how did I forget that when I was talking to Void about horror on the Geek to Geek podcast earlier this month?)

But how does R.L. Stine coming to Florence, AL make me walk an extra 4.5 miles? Because we announced on Halloween and did a huge media blitz today. My wife and I posted fliers all over downtown and the local university. I walked a ton…a ton!

So even though today was supposed to be a longer run for me, and I was gonna try for a 5k, I figured I shouldn’t since I had already exercised without exercising.

How to Exercise without Exercising:

I mean, going out and exercising (or working out) is only one way to increase fitness and lose weight. What you’re looking for is an increase of your base activity level.

That’s the idea behind progressive overload. You progressively overload what you’re used to so that you build up muscle and cardiovascular strength. That’s why you increase running each week. That’s why you can increase weight as you pick heavy things up and put them back down.

In the real world, this may mean doing 5 minutes of yoga before bed at night if you’re used to just going straight to sleep. It may mean getting out of the car and pumping gas if you are usually the one to sit while someone else fuels. It might even be running around with your kid at the park for an extra 5 minutes before sending them off to play with other little tykes.

Or it may be doing an extra 5 minutes of yoga before you sleep if you already do that. It may be walking for 5 minutes after your run. It might even be parking further from the grocery store.

The goal is to move more and be more active than you currently are. You don’t have to hit the gym. You don’t necessarily have to set time aside for it. You just have to incorporate moving into your life more often.

Which is what I did today–I walked around and hung up fliers instead of sitting at my computer, writing and coding and designing.

That’s all it is. Since I’m not used to getting 11k steps during the day, this was great for me. I was able to exercise without exercising!

How cool is that?

Since it’s Halloween, I am going to spend some time with my lovely wife of the past 7 years. I’ll talk to you folks soon!

And hey! Be sure to watch this video that we used to announce R.L. Stine. It has me being a real goober, and it’s pretty much how I act during the day. So if you’ve ever wondered what it would be like to sit beside me…here’s your chance to see (hehe). And btw, my wife is the one in the “I’m with creepy –>” shirt.

Hope you all have a happy Hallowgeek! 😉