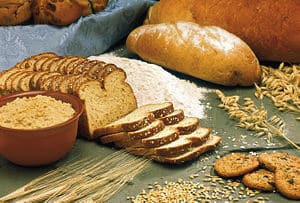 Paleo Diet Food List: Why You Should Quit Grains

Today, the wonderful Chelsea Whitten joins us again, this time with a topic that’s near and dear to my heart. While I don’t personally agree with her take on eating grains (I’m not a big fan of paleo as a lifesetyle, but I do love all of the stuff on the paleo diet food list) , she presents a fantastic argument for a diet choice that obviously works. She’s in tremendous shape. And while I don’t see myself giving up my daily bowl of pre-run oatmeal, I can say that when I cut most grains out of my diet a few years ago, my weight loss surged and was completely sustainable. Now, enough rambling. Here’s Chelsea!

Of all my eating choices, this one is the one I get the most questions, guffaws, and ‘SHE CRAZY’ looks for. So I want to explain to everyone why I quit eating grains almost four years ago, and why you should too.

Why are grains so bad? Why are they banned from the paleo diet food list?

The human stomach is not designed to digest grains. Grains naturally grow with a hard outer shell (the ‘whole’ grain) that is trying to KEEP you from eating it. A grain doesn’t digest like a seed and come out the other side in a pile of poo, ready to grow a new plant like vegetables and fruits do.

It doesn’t want to be eaten!

Inside these grain shells are proteins called ‘lectins’ which irritate the gut and cause damage to our intestines, causing a condition known as ‘leaky gut’. If you’re imagining poop molecules leaking out of your intestine into the rest of your body, you’re picturing it pretty correctly. When the gut and intestinal walls are damaged, larger molecules than are supposed to be able to start getting out. This causes inflammation in your body.

Inflammation is BAD. Constant, chronic inflammation causes all sorts of problems in your body.  Every type of grain causes this, the worst offender being wheat which contains gluten.

The best analogy to think about is a fireman. Usually, a fireman is only called to duty once a twice per day for an emergency, then he gets to rest in between. Inflammation is like if the fireman had to fight little fires in trashcans all over the city, all day, in ADDITION to the big emergencies. This really wears on the guy (aka: YOU) and makes him more susceptible to illness, injury, and disease.

In a worst case scenario, your body will get to the stage of ‘autoimmunity,’ where it basically starts waging war on itself in the form of arthritis, eczema, celiac disease, multiple sclerosis, or Hashimoto’s disease. This is why the paleo diet food list cuts grains completely out. Humans aren’t meant to eat them.

At the very least, you will see fewer achey joints, fewer and less severe colds and allergies, and have more energy! Who doesn’t want that?

But we’ve been eating grains all throughout recorded history? Haven’t we gotten used to them by now? 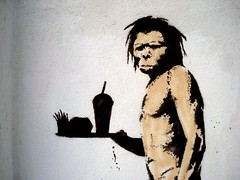 If you don’t believe in evolution, I may lose you here, but try and stick with me. 10,000-12,000 years (the approximate carbon date of the first evidence of grains in the human diet) is hardly a blip in terms of human evolution. Homo Sapiens (modern man) have been around for nearly half a million years, and Homo Erectus (your average caveman) was around for another million and a half years before that, and it takes a LONG time for adaptation to occur.

Why do you think men still have nipples and we have those extra ‘wisdom’ teeth kicking around? Natural selection puts a priority on survival.

Being immune to grains, since it doesn’t really kill you until middle age or later, doesn’t matter for evolution because you’ve already had time to reproduce. Consequently, there is no great stimulus to evolve for better grain digestion.

If I don’t eat grains, where will I get my fiber and carbohydrates? 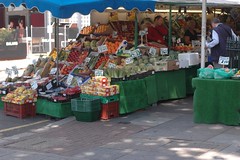 What am I going to eat instead of bread?

Who should eat grains?

Birds. Just birds. No mammals are designed to eat grains, especially not humans or cows! Industrial cows who are force fed large amounts of grain gain a lot of weight and get VERY sick before they are slaughtered for food. Their stomachs, which are especially sensitive due to their complex digestion process, can’t handle the grains which is why industrial meat is pumped full of antibiotics and other drugs to keep the animals alive.

So what CAN I eat?

If you’ve ever had an omelet for breakfast, a salad for lunch, or steak and a sweet potato for dinner you’ve eaten grain free. Start with the basics. When you take grains out of a meal, add more vegetables. Eat fruit instead of cookies for dessert. Do it for a week or two and see how you feel. I have never felt better in my life!