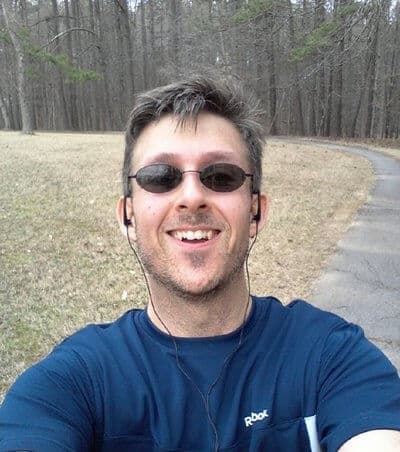 After Running my first 5-miler of the season

I ran 5 miles this morning. They weren’t the best ones I’ve ever run, but they were good-enough.

I made two stupid mistakes today: I went running on a trail that’s notorious for kicking my ass, and I didn’t use my inhaler beforehand.

But I thought I was going to be okay since I was just doing a quick 5K. I didn’t expect to be outside for more than that.

But those 5 kilometers turned into 5 miles because I just kept running. I wasn’t even enjoying myself too much (I hate that trail so much these days), and my average pace was way slower than I want it to be: I aim for 8:30/mi, and my actual was 10:43/mi.

But I kept going. I finished the run, and I feel good about it.

It’s not a 10K quite yet, but it will be soon enough. I’m happy because this is the longest distance I’ve run since last October. And for the first time this year, I can see myself actually being able to run the half-marathon in the fall.

Because I was not doing well, but I kept running. And that’s what it takes.

So while I started out my run with a couple of mistakes, things turned out well. They weren’t the best miles ever, but they were good-enough.