The Biggest Loser: My Guilty Pleasure

When I was obese, I never really watched The Biggest Loser. I knew it existed and what it did for people, but never watched it. Heck, I had even thought about trying to get on it, but–and this was the story of my life–I never put forth the required effort.

But over spring break, I was at home and started watching the most recent season. I’m not a fan of reality TV in general, but The Biggest Loser‘s focus on fitness and weight loss intrigued me.

Fifteen minutes into the first episode, I was hooked. I understand why the show is going into its 15th season. At this point, I have watched 6 full seasons of the show, and I tend to keep it on in the background while I’m writing.

But that doesn’t mean I think the show should be on every fitness geek’s DVR. There are significant issues with The Biggest Loser, both in terms of contestants and audiences, but if you keep in mind that it isn’t a weight-loss PSA, but a reality game show, there’s a lot you can gain from tuning in.

First of all, when I’m watching The Biggest Loser, I work out more.

I do. It might be silly, but when I see those people getting all sweaty and tired and pushing themselves, I feel motivated to get myself off the couch and do something, too. So I’ll go run or grab a weight or do extra pull-ups. Heck, I even write more for Geek Fitness when I’m watching.

It’s nice to have a TV show that makes me want to get off my tail instead of sit there even longer, you know?

Part of that comes from the trainers. There’s a lot of bad press out there regarding Jillian Michaels, but I tend to like her. 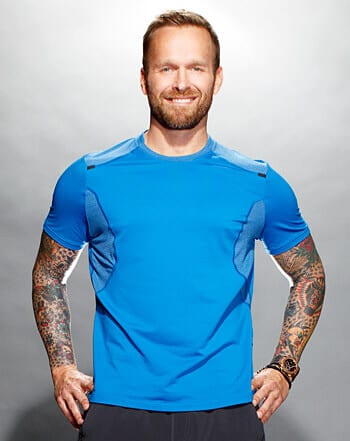 I mean, he’s in crazy shape, a runner, and he’s a Tennessee boy like me. Last year, I said I wanted to be shaped like Chris Evans (Captain America from The Avengers), but since watching this show, I’ve changed that to wanting to be lean like Bob Harper. By the time I get through a marathon, that might not be such a ridiculous goal.

Plus since watching, I’ve picked up more than a few decent fitness tips. They show the trainers and the circuits they use for training, and there have been a lot of segments on how to cut empty calories/add nutrients when cooking (like using Greek yogurt to replace sour cream or good mango salsa chicken skewer recipes). I’ve been able to watch Bob and Jillian show proper exercise form, and I’ve been able to integrate a lot of that into my own calisthenics work.

Unfortunately, there are some major downsides to how The Biggest Loser handles itself.

Because it’s a game show, there’s a major focus on weight loss over health and fitness.

That’s not to say that the show ignores heath and fitness, but at the end of the day (or the episode, if you’ll forgive my punning), all that matters is what percentage of weight was lost that week. They don’t account for muscle gain, nutritional numbers, or overall fitness standards–just weight loss. It’s not quite hardline BMI worship, but it’s close.

What I do absolutely hate, though, is how the show uses product placement. It’s straight up terribad.

I cringe whenever I see one of the trainers walk into the contestants’ dorm because I know I’m about to hear a spiel about Extra sugar-free gum, Jennie-O lean turkey meat, or some pre-packaged yogurt. And based on what I know about Bob Harper, he eats whole and vegetarian (maybe pescetarian, actually) and avoids processed foods. So to see him hawk these mass-produced, name-brand “health foods,” I just roll my eyes.

People who haven’t invested as much time in understanding health and wellness as I have (you know, the show’s target audience) won’t know that stuff’ isn’t the best you can eat, that there are better, healthier options. The actual nutritional information is glossed over in favor of these placed products.

These contestants are there to change their lives. And they do. The problem, though, is that audiences see them changing their lives because of pain and blood and sweat and tears. The trainers yell at them, and they’re often weeping or vomiting while they’re in the gym.

Which reinforces the contestants’ and audience’s assumption that exercise is uncomfortable. It’s not. Unfortunately, people who aren’t familiar with fitness and weight loss processes don’t see that. And they only see The Biggest Loser as proof of what they think they knew all along. It isn’t until the end of the season, after all the weight is lost that exercise becomes routine and fun and enjoyable.

And it should be emphasized well before that.

What I’m Not Sure About

The Biggest Loser places a huge emphasis on lifestyle change, not dieting. That said, I think they go overboard. By sequestering these contestants on a ranch, they prove that an all-healthy, all-the-time lifestyle provides results. Incredible results.

Unattainable results for most of us. (Seeing people upset at a 10 pound/week loss is ridiculous. That’s phenomenal and borderline unhealthy unless you’re 250+ and medically supervised.)

The thing is, though…life isn’t all-healthy, all-the-time. The contestants start to see their old lifestyles as being completely wrong, which helps them in their massive weight loss over the three months on the ranch.

The problem with this, however, is that they’re lives weren’t completely wrong. Only mostly. They are trained to see that eating hot dogs and hamburgers and pasta and pizza and cake is wrong.

And it’s not. The way the contestants binged on them to get to 400+ pounds was wrong.

Are those kinds of foods good for you? No, not technically. But they’re okay to have occasionally. It’s fine to have a slice of cake once every week or two, and it’s okay to have a cookie (just don’t have three!).

Heck, I may be heading to Supper Heroes this weekend and eating whatever the heck I want. #nuttybuddymilkshake #nomnomnom

The reason I’m not sure how I feel about their all-or-nothing mentality on the show is because it’s necessary to help these people change their lifestyles (I completely cut sugar out to change mine,  I know). But they never tell them that once they’re in maintenance mode that it’s not going to kill them if they eat a cookie or have a hot dog. 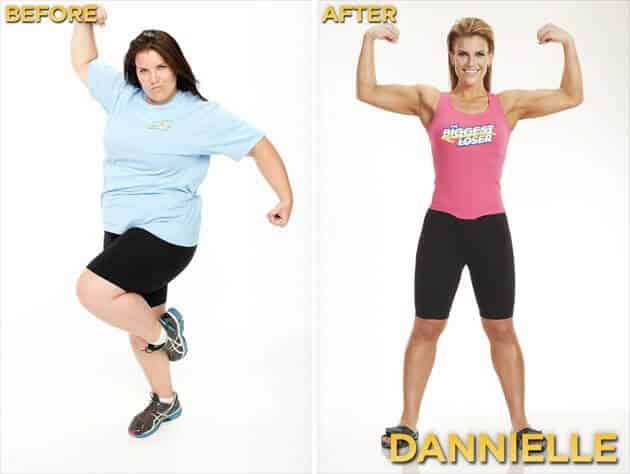 Sure, there are negatives, but those are the same negatives that anyone who’s on the fence about fitness will find regardless. People see the gym as a kind of mythical place where Hardbody Joe and Negative Nancy go to grunt and complain and cry, and that’s going to happen with or without The Biggest Loser.

Like anything else, you’ll be okay as long as you approach it with the right mindset–in this case, that it’s a game show, not a fitness DVD. So if you’re interested in fitness and health and love junk food TV, I suggest The Biggest Loser.