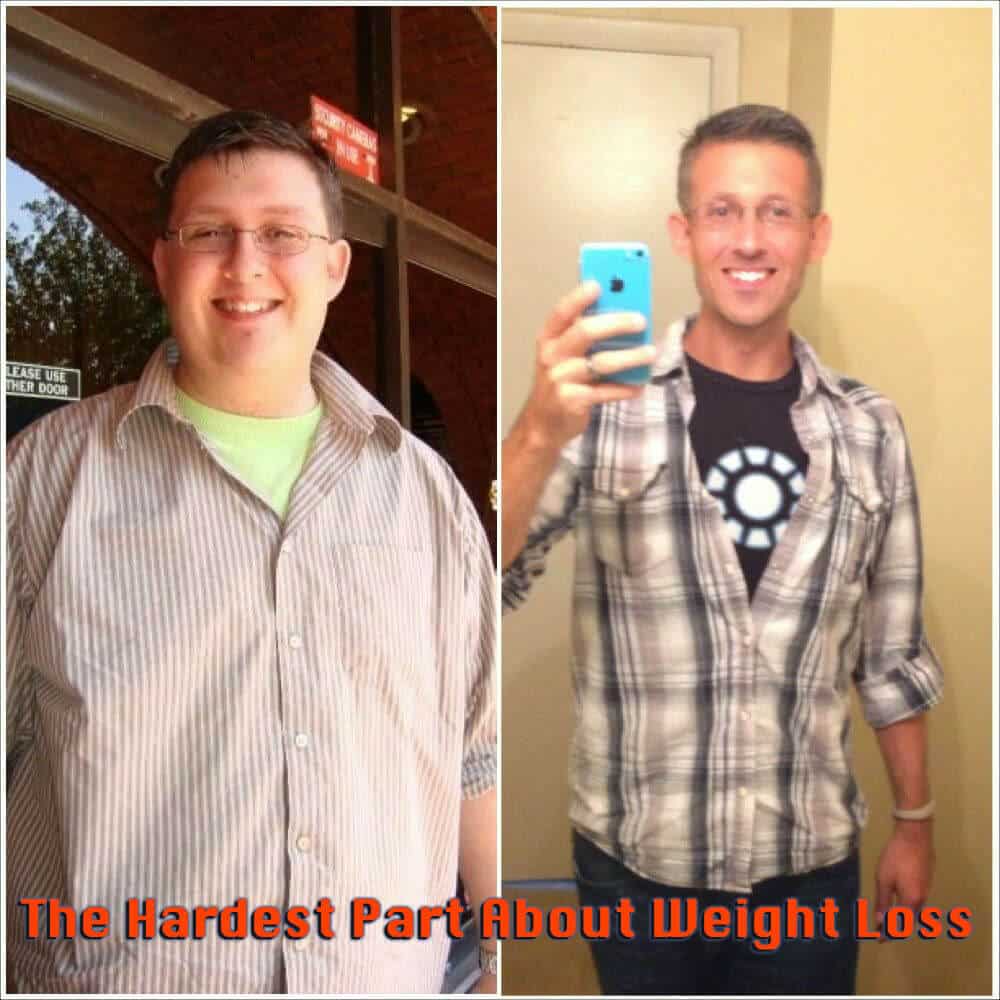 The Hardest Part About Weight Loss Is…

When you’re just starting out with any kind of weight loss goal, it pretty much looks like you’re the next star of a Mission: Impossible movie. You’re asking something so absurdly difficult, you might as well not even start because the failure rates are so high.

But then you start running or going to the gym. You start seeing results. You can lift more weights, run farther distances. Your clothes fit differently, your taste in food changes, and you get in a groove that makes you think you’re invincible.

Before you know it, you have lost so much weight you don’t recognize yourself in the mirror. Your friends and family are oohing and ahhing you for your accomplishment. Instead of Mission: Impossible, it’s Mission: Accomplished.

Only it isn’t. Yes, just like the crew of the Serenity, you’ve done the impossible, and that makes you mighty. But the fight isn’t over.

When we’re talking about pure statistics, weight loss is a fight most of us can’t win. You can go anywhere online and look at studies in tons of medical, nutritional, and scientific journals and the results all point in the same direction: many people can lose oodles of weight, but very few can keep it off.

Just looking at charts like this make my stomach churn: 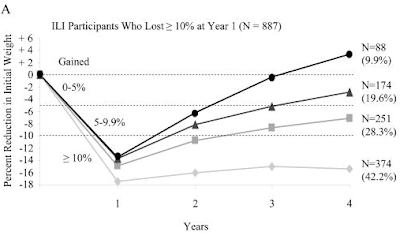 Part of the interpretation of data, though, shows that the more weight you lose, the more likely you are to keep it off for successive years. Which is great for me since I lost way more than 18% bodyweight.

But for folks who don’t need such a drastic change in their lives, the results can be pretty disheartening. I mean, most people gain their weight back. It’s an empirical fact, backed up by pretty much every study I’ve ever read.

But why? Why does it have to be that way? Isn’t weight loss hard enough without having to be slapped in the face and told you’re likely wasting your time.

Because…goals. Just like I said about New Year’s resolutions, it’s easy (easier?) to keep up with when you’re working toward something. It’s pretty easy to not eat that cake or have seconds when you not doing so gets you specifically closer to your goal. 350 fewer calories eaten is 10% of a pound, which is that much closer to your weight loss goal.

But once you’re there, what’s keeping you going? Once you’ve reached your goal and crossed the finish line and accomplished what you set out to accomplish, what’s one piece of cake? What do you have to look forward to…other than a life of not having a slice of cake or second helping of deliciousness.

It is much, much, much harder to maintain weight loss because “staying right here” is a lot harder to do than “go over there.” As an object lesson, try to stand in place for 15 minutes versus walking a circle around your living room. Which is easier, both physically and mentally?

The same is true of weight loss. As long as you’re moving, you’re good. You have momentum keeping you going.

Gain Happens To Everyone

I lost 155 lbs since 2010. That’s great. I’m happier than Jayne Cobb with a loaded gun about that. But I didn’t hit my goal weight until 2012. That means that I’m only two-and-a-half years into maintaining it, which means statistically speaking I will end up gaining weight again.

When my dad died in 2012, I (understandably) went through a pretty depressive phase. I had lost down to 200 pounds a few months before that, and a few months after, I weighed close to 240 again.

I ate my feelings pretty well during that period. It wasn’t until I recognized that my new clothes weren’t fitting anymore that I did anything about it.

I started eating better again. I started using adipex for the second (and last) time, using the energy it gave me to start cycling and running.

It was hard. So hard. So unbelievably hard. Not only that…it was disheartening. Because I had already lost that weight. I had to re-lose 40 pounds I’d already lost.

So by that count, I haven’t lost 155 pounds, I’ve lost 195 total because of that regression.

And that sucks. I didn’t get any of the feel-good accomplishment from the loss because I felt like a failure. Which is why so many people don’t re-lose weight they regain. They see it as failure, and that doing it again would be a waste.

Let me be the first to tell you, folks, it’s not. It’s not a waste. And you’re not a failure if you regain weight.

Because I knew at that point what worked for my body and what didn’t.

Think about your post-weight-loss body like Blizzard’s Battle.net servers. Every so often, you just have to go down for scheduled maintenance. You’ll gain a few pounds here and there.

But, like Blizzard’s engineering team, you know what it takes to get back into shapes–whether it’s a hotfix (not eating that second pieces of cake at dinner) or a rolling restart (something like the #Whole30 or #MeatlessMonday programs to get yourself back on track).

I haven’t made it to the 5-year-mark to be considered a “weight loss success story” yet, and that’s okay. Honestly, I don’t know when that 5-year mark will hit anyway. Should I count from when I initially started trying to lose weight in 2010 or from when I regained 40 pounds in 2012?

The answer doesn’t matter. What matters is that my life is better. I’m healthier. I’m happier. I’m fitter. I have more energy.

That’s what I want you to focus on. The numbers on the scale are fine and dandy. They’re a good indicator of your progress. But they aren’t indicative of your success. Weight loss is a tool to making your life better. It won’t make your life better by itself.

Whether you’ve lost ten pounds or a hundred (or any number in between), good for you. If you’ve regained a few here or there, so what? Just remember, you’ve done the impossible, and that makes you mighty.