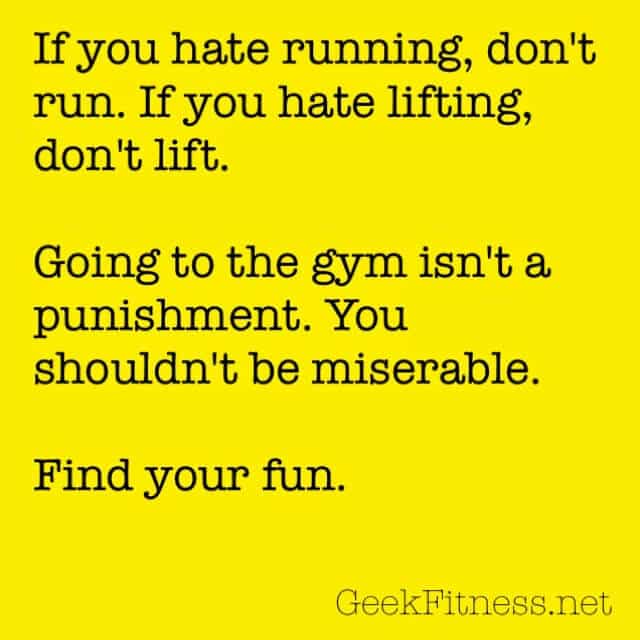 They slog along the treadmill for mile after mile, hating every step. They use weight machine after weight machine, entertained not by the exercise but by the thought that they’ll be able to end the boredom sooner rather than later.

The number one rule of fitness is pretty simple: If you don’t like what you do, don’t do it.

Would you play a video game you hate over and over again? No, you take it back to Gamestop and trade it in for a better one. Would you eat the same thing for breakfast every day if you hated the taste? No, you’d cook yourself something better.

See my point? If you don’t enjoy what you do, don’t do it.

Fitness should be fun, not a punishment. If you hate everything about exercise, then you’re doing something wrong. Not every activity is right for every person. Experiment a little, try some new things, and see if you can find your fun.

It may take a while, but believe me, when you find that activity that clicks, working out won’t feel like work at all.