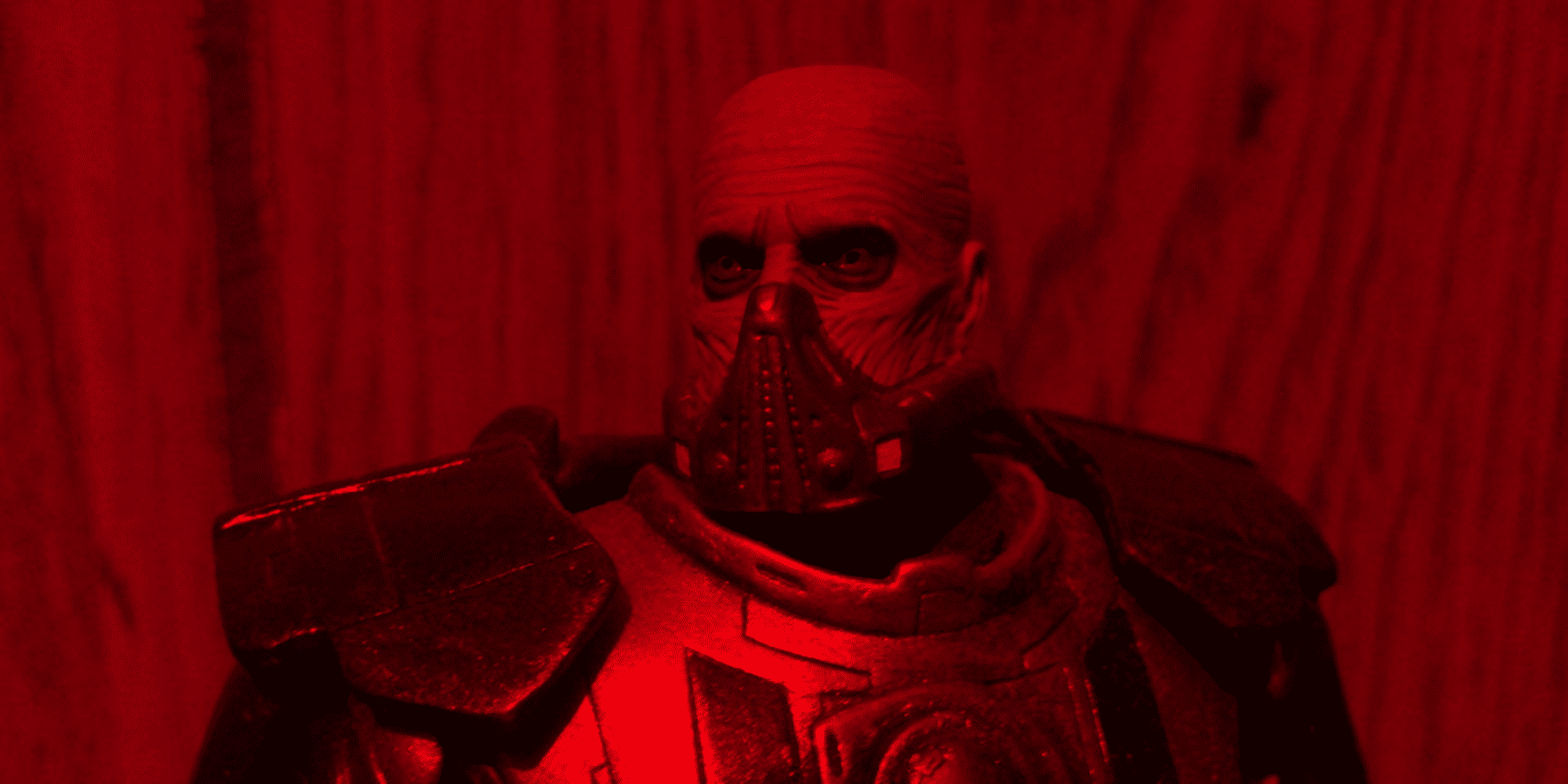 Tips on How To Breathe While Running

As a guy with asthma, let me tell you that learning how to breathe while running is one of the most important things you can do. Outside of running with proper form, learning some proper breathing techniques for running can be the difference in a decent run and a great run.

Fortunately breathing exercises are some of the simplest skills to master for a runner. (Unless you’re all evil and corrupted by the Dark Side like Darth Malgus up there. I don’t think any number of breathing exercises is going to really fix that hot mess.)

Basically, unless you’re a Sith Lord, you should be able to learn how to breathe while running without too much trouble. Here are just a few things to keep in mind.

Breathe with Both Your Mouth and Your Nose

There is a lot of back-and-forth about whether a runner is better off mouth-breathing or nose-breathing. In general, it’s up to you and what works best in your situation. But there are some things to consider as to when you want to do either.

If you’re sprinting, though, or going for a faster race like a 5k, you may not be able to get enough oxygen intake with just your nostrils. So you would want to do some mouth breathing.

A Word of Warning

However, keep this in mind whenever you’re inhaling with your mouth: control is important. It’s easy to hyperventilate with mouth-only breathing.

You will likely start taking large gulps of air and panting when the going gets tough. That can lead to both overoxygenation and lightheadedness as well as a complete loss of control of your breath that keeps you panting and not being able to get enough oxygen.

You don’t want either. And it’s totally weird that it can lead to both, right? Bodies, man. Bodies.

With that in mind, it’s really up to you which airways you use. Science says one isn’t better than the other, and it’s your being mindful and in control that matters.

Time Your Breathing With Your Steps

The control of your breathing comes with the rapidity that you take those breaths. One of the first things you will want to do when learning how to breathe while running is timing your breathing with the cadence of your steps.

For the most part, you want an odd ratio of breath-to-steps. For me personally, a 3:2 ratio works very well. Like this:

Sometimes, I have to turn it into a 4:3 because of my asthma and needing to simply gulp more air down. But it’s measured and purposeful, not gasping and panicked. That way leads to hyperventilation.

Also keep in mind than an even ratio, like 3:3 or 2:2, can cause some physical issues, too, as your inhales and exhales will often fall on the same feet and stress one side of your body more than the other. That’s why the odd ratio tends to be a better choice.

Breathe With Your Belly

Some of the best advice on how to breathe while running that I’ve ever got was to fill my belly with air when I’m struggling. Not just with breathing, but muscle fatigue, stomach cramps, strange cadence, whatever.

You want to breathe deeply into your diaphragm and fill your stomach with air before you breathe out. It’s like a miracle cure. Try it. You’ll see.

To make sure you’re doing it right, press your hand flat against your stomach just below your rib cage, and if your hand is pushed outward, you win! (Believe me, it’s much harder to do this kind of breathing while you’re running at race pace, so you will want to practice.)

The first time I tried this style of breathing was in the middle of summer humidity in Florida. I was about two miles away from my condo, and my wife was out on a run in the opposite direction. Oh, and my inhaler was back at the condo, too. So of course, I felt the first twinges that come before an asthma attack.

First thing I did was turn back toward the condo. I did not want to get in trouble even further away. And then I went to belly breathing. I slowed down, put my hand on my tummy, and breathed in. And out. In. And out.

The asthma attack didn’t happen. And I was able to finish my run.

I told my wife about this trick, and she was skeptical. She was all like “I know how to breathe while running, dude!” But after she tried it, she uses it every time she laces up. She swears by it. (She even told me to make sure I included in this post how much she swears by it.)

One of the reasons she wanted me to put that in here is that she suffers from mid-run stomach cramps pretty often, and by breathing deeply and filling her gut, the cramps are settled and her runs go well. It was a pretty big thing until she tried this particular breathing technique.

Remember, though, if you’re doing the deliberate belly breathing like this, it is slow and deliberate. You probably won’t be making your cadence and ratio match up. Put that on hold while you recalibrate yourself.

Should You Always Belly Breathe While Running?

Belly breathing, or more accurately…diaphragmatic breathing, isn’t just a one-and-done miracle cure. It is actually one of the better ways for you to breathe while running in general.

You will have to practice for this, too, but you will see improved performance and VO2 Max if you are able to breathe into your diaphragm more often while breathing.

Most of us breathe into our chest (shallowly) as we go about our lives. So we do the same thing while running. If you are able to train your body to take in more oxygen and process it, the better you’re going to feel overall.

It can take some time, and there’s a good chance you won’t be belly breathing constantly — especially during really hard runs. But if you really want to learn how to breathe while running, diaphragmatic breathing needs to be a top priority.

Wrapping Up with How to Breathe While Running

Honestly, whether you’re a new runner who hasn’t been able to get a solid mile at once yet, or if you’re a road-race veteran, it’s important that you know how to breathe while running. You have to pay attention to your breath, and if you’re worried about it, make sure you try out these breathing exercises.

It is one of the few things in the sport we can totally control. And one of the simplest. Lucky break.

So do you have any tips on how to breathe properly while running or how to control your breath?

This article was originally published in 2016, but rewritten on September 14, 2020 with updated and expanded content