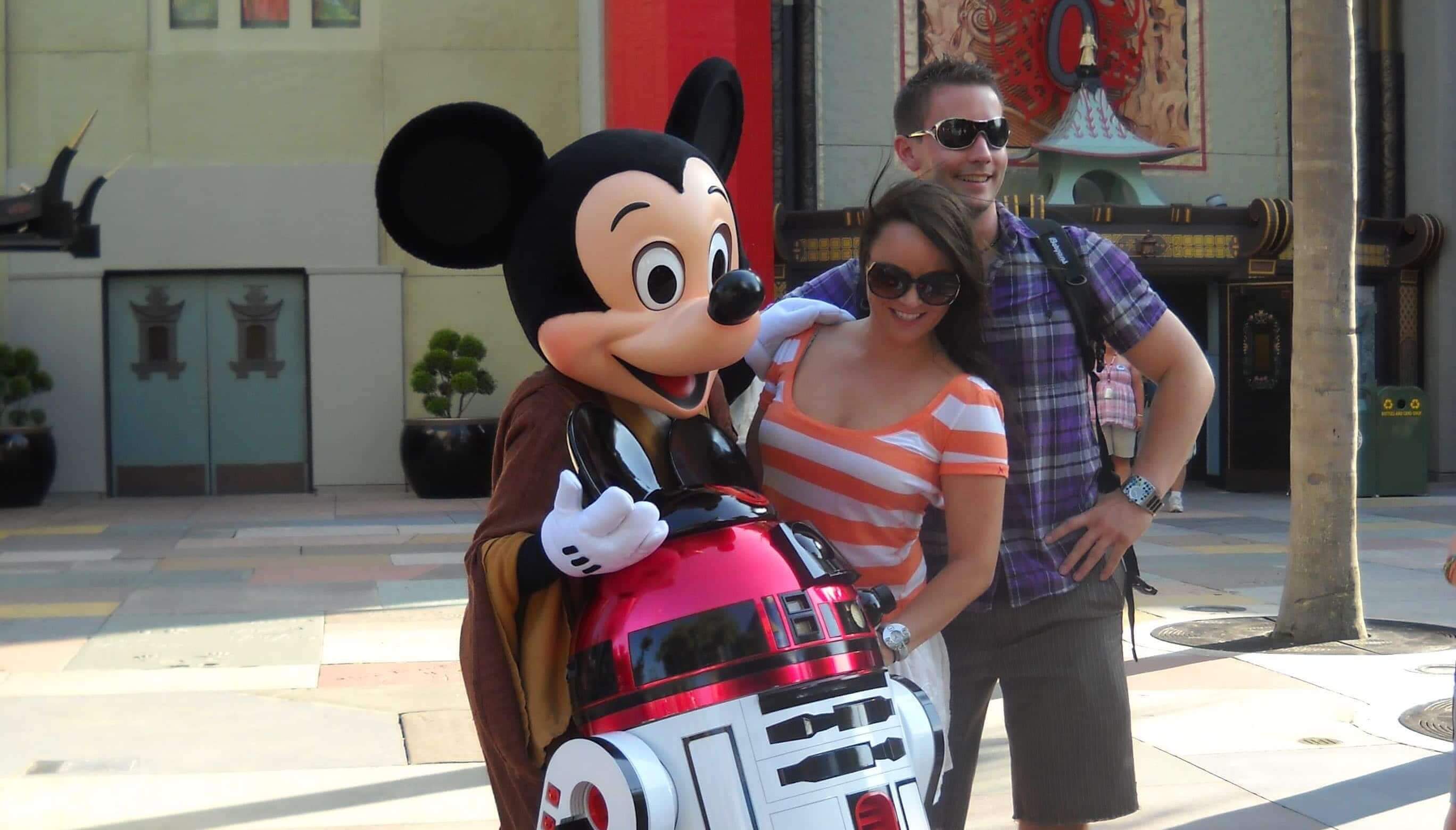 It was that year’s trip to Orlando that changed my life, the Wizarding World of Harry Potter in particular when I couldn’t fit on the Dragon Challenge roller coaster and thought I was going to die. I’ve talked about that experience quite a bit over the years.

What I haven’t talked about so much is the next day: my first visit to a Star Wars Celebration Weekend at Disney World. If y’all have read this blog or listened to my podcast, then you know…that’s a big deal.

Y’all, I was so excited. This particular Star Wars Weekend just happened to fall while we were in Florida for a work conference anyway, and we extended our trip so I could experience it. It was going to be awesome. And fantastic. And amazing and…

…the whole day turned out to be completely miserable.

The Magic of Hogsmeade Didn’t Kick In Immediately

Despite the before having been amazing and life-changing, the Star Wars Weekend’s kickoff was brutally exhausting. I mean, have you ever hit 3 separate theme parks in a single day? I have, and I don’t suggest it.

Between an early start at Animal Kingdom, rushing across Orlando to catch the Wizarding World’s soft opening window, and the Extra Magic Hours at Epcot that evening, the day before Star Wars was intense.

So waking up the next day to head over to Hollywood Studios (was it still MGM at that point? I can’t remember) was pretty rough. Jennifer and I were both zombies, and we honestly didn’t enjoy the Star Wars stuff at all.

I mean, we didn’t ride Star Tours (and that version doesn’t exist anymore — sad times). We didn’t line up for the super-awesome character and actor parade, which is why all my our pics are from such wonky angle. We didn’t even stand around for character photos, so all my photo-op pics have strangers in them…not my wife and me on our honeymoon.

Even Jedi Mickey and Artoo (who are now retired characters) are full of strangers. Look at that picture above: That ain’t us! Sigh. And don’t even get me started on missing out on the other events and parties and festivities that were going on. We didn’t do any of it.

So basically, we had made a point to suck up the cost of an extended Disney World trip because of a Star Wars Weekend. Then we basically didn’t even take part in it.

Happen Again, That Did Not

Nope. It certainly did not.

When my buddy and I registered ourselves and our wives for the runDisney Star Wars Weekend (I did all three races, the 5k, 10k, and the half-marathon), we were crazy excited. I mean it was billed that we would run with “Captain Phasma leading the charge.” We wanted to challenge Kylo Ren to fisticuffs, sit on the Emperor’s throne, and get our picture taken with as many droids as possible.

You know, the kinds of things I should have been doing in 2010, but let slip right through my fingers like Tatooine sand.

Folks, let me tell you: I can’t even imagine letting Jedi Mickey just walk away from me right now. I would chase him down and Force pull him into the frame of my camera. And I didn’t let any opportunity I wanted pass me by this year. When I ran the Star Wars 5k, I got so many pictures.

I tried to hug Boba Fett (he’s not a hugger). I bro-hugged Chewbacca. And I posed with Ezra, Sabine, Artoo, and BB-8.

The Force is Strong with the Star Wars 5k

This round of training I did for the runDisney Star Wars weekend was is not me running at my best. I am nowhere near as fast as I used to be, and I can’t run as far without taking a walk break. That’s what I get for barely running for two years. However, as I trained, I tried to be easy on myself and not really worry about time, pace, or anything else.

My focus was on getting there. Being able to just be there. I just wanted to have fun. (And I totally did.)

The 5k was by far the most laid back of the three races, and it certainly made up for the lost opportunities I had the last time I was there. I finally got to truly enjoy the whole spectacle of a Disney-style Star Wars party. It was just fantastic, and it was worth every penny and every single drop of sweat it took to get there. I mean, it would have been cooler if Boba Fett had hugged me, but I mean…life ain’t fair, ya know?

The whole weekend was out of this world (heh, pun), and I ran the 5k with my wife, and it was so much fun. We stuck together on the course. We got pictures taken together, and we laughed and joked. We even spent the 2-3 hours we waited to hit the starting line together, just spending quality time together and getting pictures with BB-8 and Captain Phasma. The whole event was just phenomenal.

It was the polar opposite of what happened back in 2010. Amazingly, going to the runDisney Star Wars weekend made up for the previous miserable experience with one so full of happy memories that I could just burst. It’s like glitter is exploding inside me when I think about it all. (Can you tell I enjoyed myself?)

And you know…I did. I did enjoy myself. My whole plan was to enjoy enjoy the Star Wars 5k, 10k, and half-marathon rather than racing them. And there wasn’t a single race I did that weekend that I raced. I ran them, and I loved them. And I was there. I was present. I was happy. I decided that I had done enough racing around back in 2010, and look how that turned out.

Listen to the Geek Fitness Podcast

Just press play to keep up with all my shenanigans. There will be good runs, heavy lifts, many friends, and much geek. And don’t forget to subscribe and review!