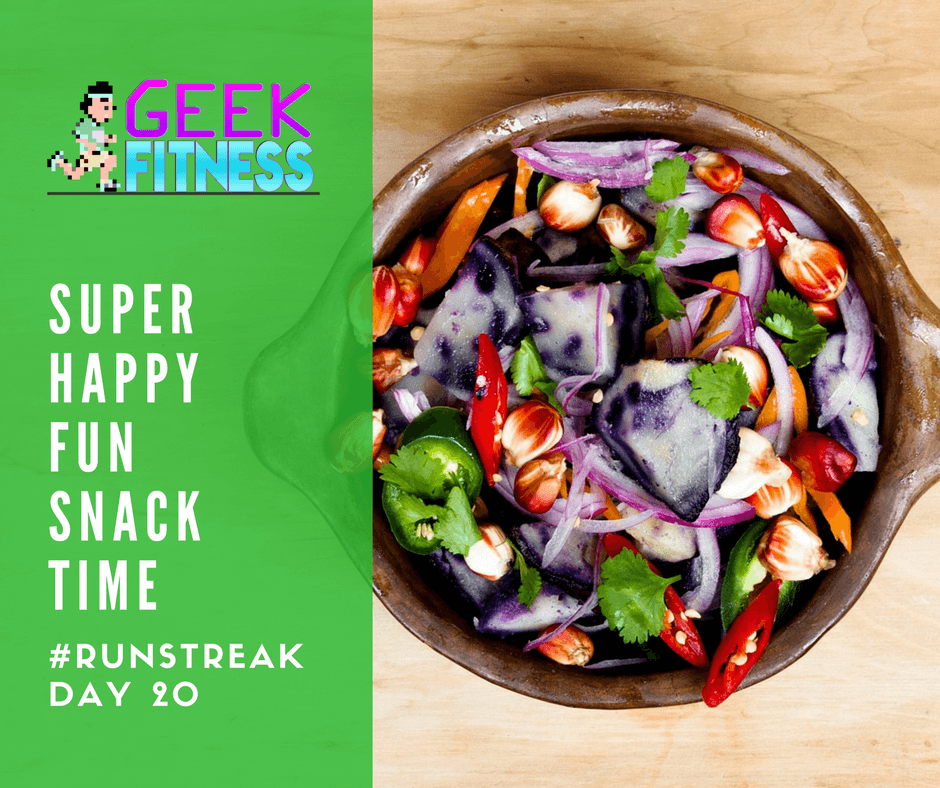 [vc_row][vc_column][vc_column_text]Press play below to listen to the episode, or check it out here if you can’t see the download. Additionally, you can find GFHH on iTunes, Stitcher, and YouTube (or whatever your favorite podcasting service is!)[/vc_column_text][vc_video link=”https://youtu.be/ovleCfuB7GE” el_width=”70″ align=”center”][vc_separator][vc_column_text]

Well, this weekend was tough. The dread of quitting my job set in. I hit that “OMG what the heck have I done?” moment in my transition into a new career. And pretty much all I could do was sit on the couch and stare or play Overwatch.

I also discovered the delight of freeze-dried fruit recently. It’s so good. Aldi had some apples and strawberries I tried on a whim, and they were so awesome that I decided to buy them in bulk on Amazon. In fact, I may end up subscribing through Amazon Pantry just to get a discount and have regular noms.

It also made me remember just how much I love healthy snacks. I used to subscribe to Graze–which was awesome–but let that subscription lapse. I may end up subscribing to that instead of the Amazon Pantry. I dunno. They’re both delicious and health in a different way.

I also tend to munch on pistachios and almonds, salt & pepper cashew. Basically any kind of nut that I can get my hands on. Because protein.

I also kind of think of fruits and veggies as essentially free calories. I’ve never heard anyone say “I got so fat from eating too many fruits and vegetables,” after all. The calorie:fiber ratio is so high that you’re full way before you take in enough calories to matter. Which is why I like freeze-dried fruit over traditionally dried–it’s really easy to overeat dried because they’re all withered and lack fiber/water.

As I start upping my running, I am going to be on the lookout for delicious noms that I can eat every hour or two. So I am looking to you once again. What kinds of snacks do you tend to eat? Send em my way at @geektogeekcast on Twitter, Instagram, or Facebook.