Your Fitness Quest, Part 3: Unlearn What You Have Learned…About Diets 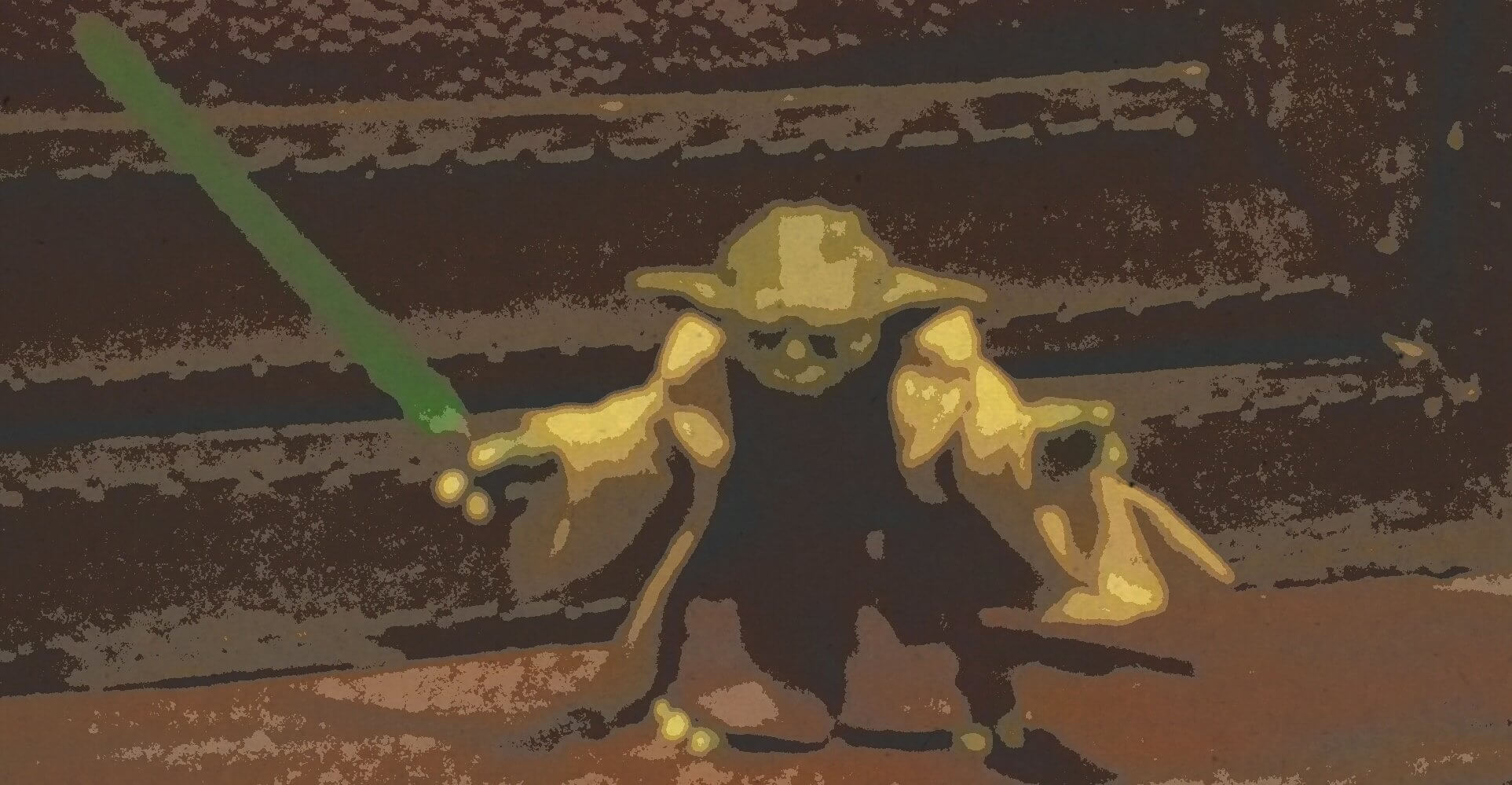 Master Yoda was right: before we can even start, you’re going to have to unlearn what you have learned…about diets and dieting.

Because if you plan on losing weight–and keeping that weight off–you need to understand something: diets are bad. Here at Geek Fitness, we don’t like diets.

So when I use the word diet, I am using it to mean the kind of food that you eat, not to restrict yourself for weight loss. If you follow my plan, follow what I did to lose weight, you will not be going on a diet; you will just be changing your diet.

You see, weight loss and healthy living is about one thing: sustainability. I don’t care if you can lose over 9,000 pounds on the Superfast, Ultrafun Make-You-A-Millionaire Diet if you gain back that weight the moment you stop restricting yourself. In the end, it didn’t work.

The only thing that will effect sustained weight loss is a change in lifestyle. Period.

So instead of thinking about this as a diet you’re going on, think about it as the quest for your new lifestyle–your fitness quest.

Also, there is one, primary rule if you’re going to follow my plan: you will not deprive yourself. I want you to be happy. I do. Really.

On top of just being a nice guy, I know that if you’re not happy, you won’t stick with the quest. So if you want that slice of cake, have that slice of cake. Just make it a smaller slice, if you can. If not, no big whoop–unless you’re having that cake every day.

You do whatever you have to do to be happy. That’s what matters. Because there is no end-date for this. This is not a diet, remember? It’s your lifestyle. And you’re losing weight to be happy, right? So be happy.

Remember, it isn’t that you can’t eat that cake, it’s that you don’t. There’s a big difference.

When I first started out on this quest, I used a modified version of the low-glycemic index diet to effect that change in myself and my lifestyle. In the spirit of openness, I actually can’t take credit for this. I found out about it from my in-laws. So, you know, big thanks to them, right?

Like really big thanks. Turns out, they had each lost about 40 pounds eating low-glycemic and never lifted a finger to exercise.

The reason being that your body burns simple carbohydrates very quickly for energy. And if you don’t exercise that energy away, your body stores it away for later use as fat. Once it’s burned away, you’re hungry again, so you go and eat more, despite not having used the energy from the first meal.

Complex carbs, on the other hand, take longer to process. So you get more energy from them, and you stay full longer. Which means you won’t be eating as much or as often.

And in all honesty, that’s it. That’s all it took to start me on the road to losing 140 pounds. Really. Not eating simple carbs. Just that.

The calories in carbs aren’t what hurt you. The extra calories–the ones you eat from burning through your food too quickly–hurt you.

So as you make progress through the stages of your newly accepted fitness quest, remember the two rules to sustainable, Geek Fitness-style weight loss:

How does that sound to you?