What “Being Active” Really Means 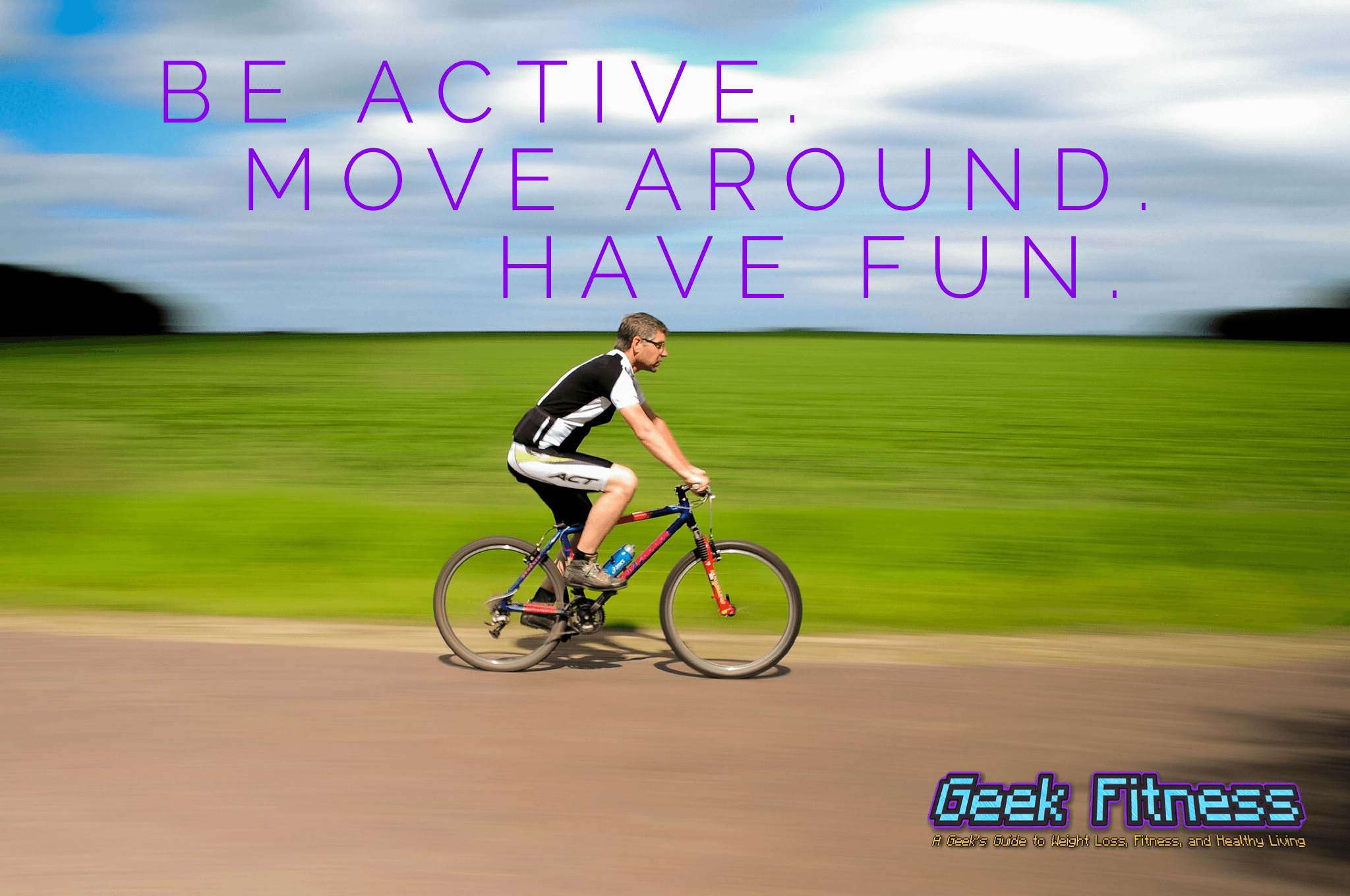 Let me be frank with you: when I was fat, I was really lazy. I hated moving around. Like a lot. Not just in terms of exercise, but in terms of just…moving.

If I needed something from the other side of the room, I’d wait on someone else to get up and then ask them to get it for me. I would circle the parking lot for a spot that was literally 4 feet closer to the door than one that was already open. God forbid I ever had to park somewhere that wasn’t nearby my destination.

I would even forego using the bathroom because it just took so much to pause whatever was on TV and stand up off the couch.

You can guess what my stance on exercise was.

I was really bad off, and I had absolutely no idea that I was as bad off as I was.

Over the past few years, though, I learned an important lesson: being active has absolutely nothing to do with exercise. In fact, I had to learn to be active and to move around long before I was able to exercise regularly.

If you’re struggling with exercise routines and keeping up with this or that training program, you should understand that the first step to fitness is simply moving around and being active.

I don’t mean move around and be active in the typical, fitness-y sense. I mean, simply get up and do something. Walk around your living room during commercial breaks. Park further away from the store when you run errands.

When you need a glass of water, go fill it up yourself instead of asking someone else to do it. Same goes for a snack. Or the remote. Or your Kindle or Nintendo DS. Whatever it is, find small ways to move around more.

When I first started out trying to lose weight and become more active, I simply wouldn’t let myself ask my wife to do things for me. I wouldn’t ask her to grab something from another room, or I wouldn’t procrastinate going and grabbing my cell phone if I left it by the computer.

I would just make myself get up and do what needed to be done.

And because I was so big and carrying so much extra weight around, it was hard. When you weigh over 300 pounds like I did, just standing up and walking around can leave you breathless.

So just a simple task like walk into the next room was enough to get my blood pumping.

Over time, I wasn’t forcing myself to get up anymore. When a commercial break came on, I’d automatically go get a glass of water or something like that. Slowly, my being active and not lazy became a habit that I still keep today.

Keep On Keeping On

The important part of living an active lifestyle isn’t how many calories you burn, what kind of foods you eat, or what workouts you do. It’s about making sure your body is able to keep moving around.

Sure, being a runner means you’re likely very active. And again, sure, if you hit the gym every day, you’re probably very active.

What can you do to be more active in your daily life?