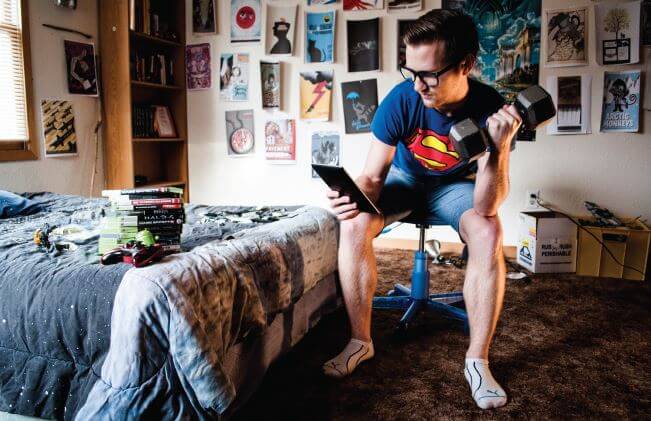 High school sucks. Or at least, it sucked for me. I was an overweight, non-athletic, videogame-playing, good grade-making, drama geek. I got picked on for everything under the sun by everyone under the sun–just try being named B.J. in high school. Go ahead. Try it. I dare you.

And in keeping with stereotypes, lots of the bullying came from the jocks. And again, in stereotypical fashion, I bonded with others because of our shared hatred for those under-achieving, entitled, mean-spirited ball-bouncers.

It was immature. It was juvenile. And it was stupid. But it was high school. That’s how high school works.

But what about when high school is over? What happens then? I’ll tell you what: you get over it.

Well, the first thing is to stop thinking of all athletes as jocks. Jock is a derogatory stereotype, while athlete is a title based on skills, talents, and/or hobbies.

In fact, throw the term jock right out of your vocabulary. It’s a dated stereotype that is neither useful nor accurate in telling who someone actually is.

I mean, think about it this way: do all nerds wear pocket protectors and horn-rimmed glasses? No, of course not. So why would everyone who exercises make poor grades or only be able to converse about sports stats and sexual conquests?

The whole idea is ridiculous.

So what makes an athlete?

Here, let me break it down for you.

It doesn’t matter if it’s for 5 minutes at a time or if you work out 7 days a week. If you’re active and exercising, you’re an athlete. End. Of. Discussion.

People are so much more than one thing. When we’re young, it’s hard to understand that people are as complicated as they are, but as we get older, everything becomes more complicated–including our personalities. People aren’t just one thing.

Being an athlete doesn’t make you a jock. Loving sci-fi doesn’t make you socially awkward. This isn’t high school anymore. Those old stereotypes weren’t even really true when we were teenagers, and they have even less of a place in adult life.

The idea that athletes and jocks and geeks and nerds have to be at odds with one another is juvenile and immature. It’s silly.

By perpetuating this myth, we discourage geeks and nerds who want to get fit and healthy by making them feel left out, unwelcome, and inadequate. And when that happens, they get frustrated and defensive, and they give up on their fitness goals before they have time to see real progress.

Grow Up and Forget High School

So here’s my challenge to you: grow up and forget high school.

I know how hard it is to get past the idea that geeks and jocks are polar opposites. It took me a long time to get comfortable with the idea that I’m an athlete. But now, I’m just as comfortable in a sporting goods store as I am in GameStop. And that’s awesome.

Remember: high school sucks. Let it and all of its emotionally damaging baggage go. Being any kind of athlete doesn’t mean you’re a jock. It means you’re trying to make sure you’re fit and healthy.

And those are two labels I don’t mind anyone applying to me.