You Can’t Beat Exercise Induced Asthma. You Just Have To Outrun It. 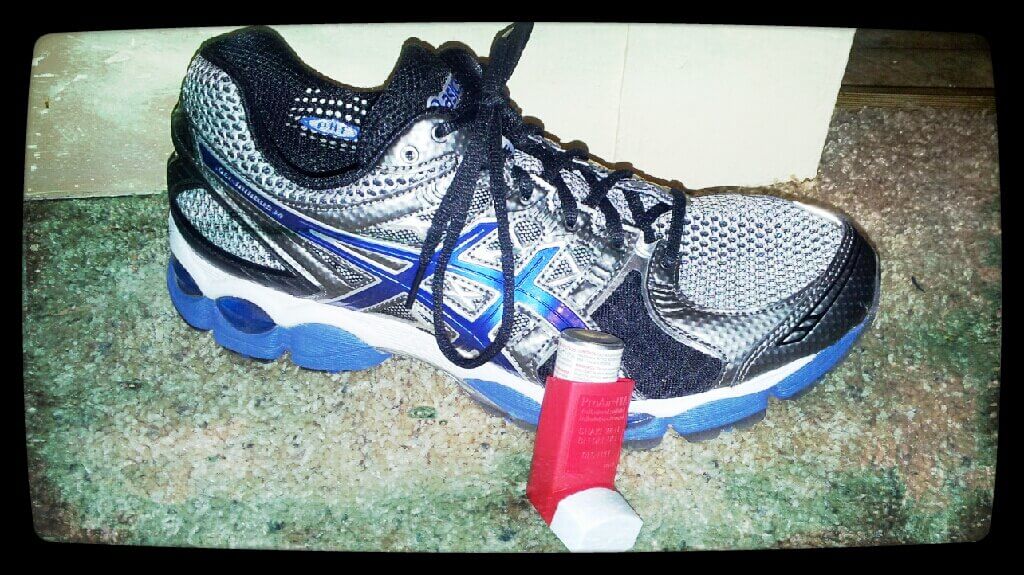 Last fall, I beat exercise induced asthma. I curb-stomped it like I was Ed Norton in American History X. I went from daily huffing and puffing (on my inhaler) to completely kicking the habit.

And then I got lazy. And the weather got cold. My 3-4x per week runs turned into 1-2x, and I honestly didn’t think that was a big deal.

And in most ways, it wasn’t. I didn’t gain any weight, even over the holidays, and when I did get outside, I was still able to consistently sub-30 minute 5Ks.

My asthma, however, saw things differently.

Turns out, I hadn’t beat asthma. I’d just run enough that I’d outpaced it for a while. And it has since caught back up with me.

These days–especially since I started the 5K-to-10K program–I have to use my inhaler each and every time I run. I take two puffs of Albuterol 10-15 minutes before I actually start moving, and things tend to go well.

If I don’t puff-puff, I pass out. Or feel like I’m going to.

Ever single day that I run with the inhaler, I do great. I am able to do speed intervals, long runs, steady runs, and while my chest might be tighter than it was in the fall, my breahing is just fine.

And then last Sunday, I went to the park and did my first 5-miler of the season. On a trail that’s notorious for kicking my ass–and without my inhaler.

Along the way–somewhere between mile 1 and mile 2–my exercise-induced asthma decided to join me, and we ran the rest of the way together. It was like couple’s jogging, only hellish and awful.

I averaged a 10:43 pace which is pretty slow for me, and I felt incredibly tired, and my chest was tight and wheezy. All of which are symptoms of exercise-induced asthma that I thought I had put behind me.

And I would have, if I had remained consistent in my exercise.

My point here, folks, is that you can beat EIA. You can get to the point where you don’t need your inhaler every time you move around.

But it’s not a lifetime membership to the asthma-free club. You don’t get a secret decoder ring, and they change the password on you if you don’t pay your dues.

So if you’re a runner who suffers from asthma, those dues aren’t terribly expensive: just keep running. Don’t think that you can safely drop your activity level to one-third of where you were and maintain your former quality of life.

Now, instead of running an Albuterol-less 5K on the 20th (and/or maybe the 27th) of April, I’ll be sucking that nomlicious mist into my lungs and hoping I can kick the habit–again–by the time I find a 10K and half-marathon later this year.

For once folks, I’m asking you not to be like me. I’m asking you to be smarter. Stick with it, and you can beat asthma. Or at least run away fast enough for it to leave you alone.